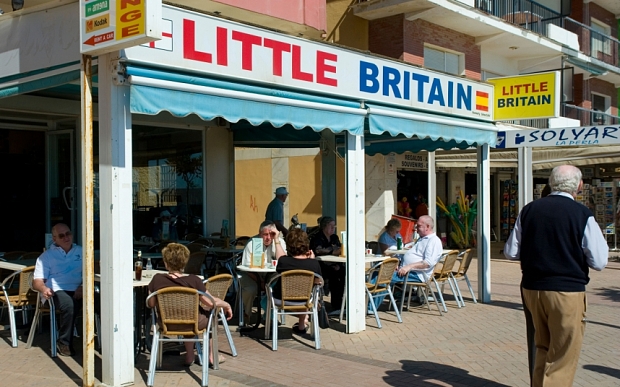 Expats on Spain’s Costa del Sol are claiming lockdown and the State of Alarm was a waste of time and could have been handled in a far better manner by Spain’s Prime Minister.

After nearly 10 long weeks on lockdown and as residents prepare to enter Phase one, whilst the Spanish prime minister looks to extend a State of Alarm for another month in congress, residents on Spain’s Costa Del Sol are starting to look back on their memoirs and thoughts of what they have been through.

As with anything as dramatic as the recent pandemic of coronavirus, there will always be a mixed bag of opinion, whilst many believe the lockdown was needed to secure their safety, others have different views on the subject and believe it was a waste of time as they expressed their opinions.

One of those residents is Jason Thorne a plasterer on the Costa Del Sol, who told the Euro Weekly News of his sheer frustration:

“I haven’t worked for 10.5 weeks now due to lockdown as the area has been destitute and nobody has required any plastering, everything has been closed due to being shut down, personally I don’t think there was any need, we could have gone out and carried on as normal if we wore masks, yes I agree pubs and restaurants should have been closed because you can eat and drink at home, but the rest of it has been over the top and it’s going to leave the region of the Costa del Sol skint for a long time to come, we are going to regret this.”

Mike Gregg from Torreblanca who is an online car trader said:

“I can understand Madrid and possibly other big cities going into a lockdown period, there’s no argument against there but the Costa Del Sol shouldn’t have, precautions could have been taken to defend against the coronavirus but a total lockdown wasn’t required in my opinion, it’s desolated the region for many months, possibly years to come, I believe we only got totally shut down to stop the likes of Madrid residents travelling out of the heavily contaminated areas and spreading it, what they should have done is spent the resources that have been spent on lockdown in sealing off the big cities only, I think we only got the virus here in the first place due to that fact, it’s clear to me that’s why the establishment totally locked down the Costa del Sol, hey you only have to look at the fact, the beaches got closed first even before the lockdown period. I know a lot of people who don’t agree with me but that’s my belief.”

James Dawn looked at the global picture as he sat on his balcony in La Cala:

“Just over 300,000 died in the world, the world’s a very large place, it’s been clear that people have had it and not even known about it, the majority recovered at home just as you do with a bad bout of flu and it was mainly people with health problems who died, those with health problems could have self isolated and the rest of us could just have taken precautions, come on 300,000 is just the size of one large concert arena say in Rio when a big band plays, it’s been a total over reaction all round and could bust many countries.”

“Media hype” claimed Ronald Davidson from Fuengirola “If it wasn’t for mass hysteria broadcast by the likes of Sky News and the BBC across the world, we wouldn’t be in this position at all, they have made a big song and dance from it in my opinion. This has then forced the governments to go OTT as they have to be seen to counteract for the people.

“Sanchez panicked and got it all wrong here in Spain, he didn’t react quick enough when areas of Madrid first got it and then he overreacted when it was too late, Madrid should have been ring fenced from the off, he sat and dithered and then overreacted by basically shutting down the country, Spain is poor enough as it is, he should have thought about that before ordering what he did – I think he should be sacked, he’s going to bust Spain, the Germans got it right and Scandic countries too.”

Retired lawyer Gareth Emery made his point on social media from his home in Mijas as he said in regards smokers and the current figures:

“Just to put this into some kind of perspective with Covid-19. Eight million people a year die from smoking directly related diseases. That’s every year. One million people die per year from passive smoking. We currently have 308,000 deaths from Coronavirus. Fifty per cent of people who smoke die from it. Worse case scenario about 3 per cent die from Covid-19. Smoking is in mainly low socio economic households which contributes to poverty as families in developing countries sacrifice food to feed this addiction. Yet in many countries there is still covert and overt advertising. It is one of the world’s greatest health epidemics but no one talks about it. Imagine if we advertised to encourage people to get Covid-19. Unimaginable and yet smoking is encouraged in many countries!! It truly is incredible and one of the most addictive drugs in the world. Something really needs to be done. If you smoke please, please give it up. Take this time out to do whatever it takes to give up!!”
Karen Davey formerly from Indianapolis, now living in Marbella also said lockdown had been a waste of time and expressed her fears for the Costa del Sol:
“This region isn’t going to recover for a very, very long time, we are going to see hundreds if not thousands of good businesses fail through no fault of their own or their doing. It’s very sad and quite frankly the government especially Sanchez should have taken a leaf out of Trump’s book, he didn’t shut down America, he just shut quickly the most contaminated parts and thats what Spain should have done. No businesses no taxes, no taxes the country can’t survive. Look at that poor chap reported on yesterday, Jason Godwin, he’s an honest working businessman employing legally a good amount of honest people, for that he’s going to get screwed – it’s just not on, we should not have had a lockdown on the Costa del Sol, there was no reason to at all, how many people do you know who have died from it on the Costa? as Trump said the world figure is actually very low, in America we have a bigger crowd at a motor race than the world death total, let alone Spain.”
So strong views from expats on the Costa del Sol and it’s bound to be a very strong subject for many over the next couple of years as the region sets about recovery.