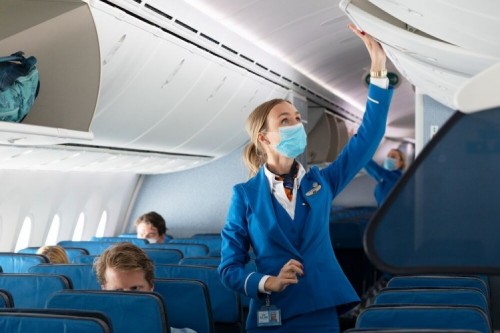 Airports on Spain’s Costa Blanca kick off July by more than doubling daily flights to the region’s holiday hotspots.

ALICANTE-ELCHE has scheduled 73 flights for today, July 1, (36 arrivals and 37 departures), while Valencia has 55 (27 arrival and 28 departure flights).
Previously, both had a maximum of 30 flights per day, Aena sources told Europa Press.
Coinciding with the reopening of borders, Alicante-Elche Airport launches its summer programming with routes that link it to Manchester, Birmingham, Newcastle, Edinburgh, Dublin, Stockholm,  Oslo, Amsterdam, Brussels and Oporto.
Domestic destinations of include Barcelona, Bilbao and Palma de Mallorca.
Valencia Airport is programming routes that connect with London, Dublin, Budapest, Paris, Nantes, Brussels, Bologna, Vienna, the Netherlands, Porto and Zurich on an international level.
And domestic routes are scheduled with Palma de Mallorca, Menorca, Valladolid, Santiago de Compostela, Madrid, Seville, Bilbao, Tenerife and Ibiza.
Elsewhere in the Valencia Region, Castellon Airport, which is managed by the public company Aerocas and dependent on the Generalitat, resumes its regular flights today after more than three months suspended by the Covid-19 pandemic.
The airport will operate seven routes this summer that will connect with six destinations – London, Vienna, Budapest, Bucharest, Katowice and Bilbao – offering a total of 15 weekly frequencies, “a record figure” in its history.
The main airlines operating are Wizz Air, Ryanair and Volotea.
All three airports have implemented various safety, hygiene and information measures to protect against further outbreaks of Covid-19.
These include reinforced cleaning and disinfection in common areas, protective screens at counters and safety filters, signposting of the safety distance between people, hydro-alcoholic gel dispensers, compulsory use of masks in the terminal and reinforced information for passengers.