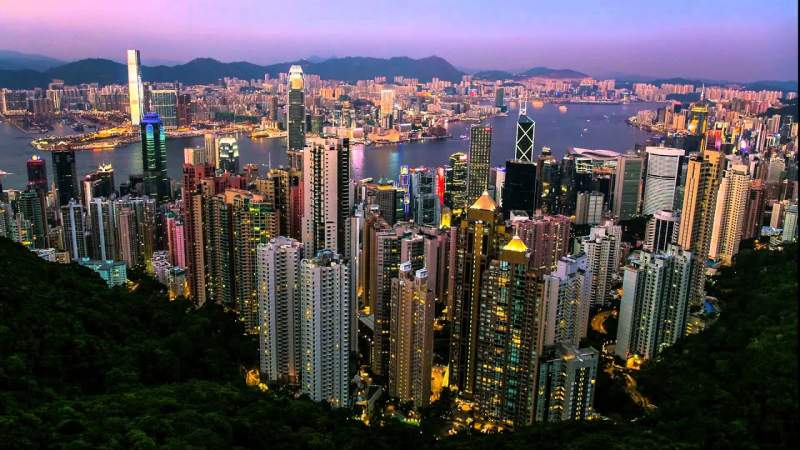 THE Chinese embassy in London has issued a statement saying that it is firmly opposed to new revelations from Boris Johnson which would allow two point nine million Hong Kong residents to emigrate to the UK to live and work.

After what Mr Johnson called “a clear and serious breach” of China’s commitment to protect the freedom of those living in Hong Kong by pushing ahead with a controversial new security law, the Chinese Embassy replied.

China’s ambassador to the UK, Liu Xiaming on Thursday said all “Chinese compatriots residing in Hong Kong are Chinese nationals, whether or not they are holders of the British Dependent Territories Citizens passport or the British National (Overseas) passport.”

And he warned: “If the British side makes unilateral changes to the relevant practice, it will breach its own position and pledges as well as international law.”

The ambassador added: ”We firmly oppose this and reserve the right to take corresponding measures.

“The UK has no sovereignty, jurisdiction or right of ‘supervision’ over Hong Kong.”

The UK’s foreign secretary Domenic Raab said he acknowledged that there wouldn’t be much that the UK could actually do to “coercively force” China to allow Hong Kong’s residents to come to the UK.

“So I wouldn’t want to be naive about this, I think we need to be realistic, but I do think China as a rising leading member of the international community is sensitive to the reputational risk in all of this.”

Mr Raab said it was “difficult to give precise forecasts” of how many people would be likely to take up the offer to come to the UK and said “the majority of people would probably either hunker down in Hong Kong, and others would move to other countries in the region.

He warned: “The law also threatens the freedom and rights protected by the joint declaration.”

But the ambassador Liu said Beijing “categorically rejected the unwarranted accusations” and accused the UK of making “wrong remarks and deeds.”

“The national security law for Hong Kong… is timely, necessary and reasonable,” he said. “This is the fundamental solution that will end the chaos and restore order in Hong Kong.”