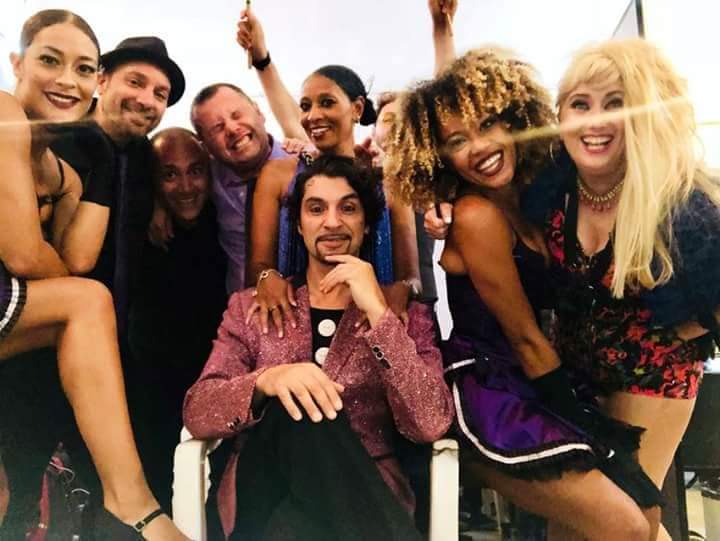 AFTER months of closed doors and uncertainty, the very popular English language theatre in Fuengirola, Salon Varietes will reopen on Thursday September 3.

Clearly there are a number of restrictions due to the pandemic so all tickets have to be booked by telephone only on 952 474542 between 11am and 2.30pm Monday to Friday.

For your safety, full social distancing measures will be observed and masks will be obligatory in the auditorium.

First to appear will be Thomas Henry already a popular singer on the Costa del Sol but many may be surprised at his background.

He moved to the Costa del Sol 18 years ago from Merseyside, although he was born in Wales, which might explain the quality of his singing voice.

Despite the fact that he still looks very young, Thomas enjoyed a very successful career spanning 10 years as the top Prince tribute artist in the UK, although that doesn’t really give sufficient credit to a man who was told by the artist himself that he was doing “Good Work.”

His band in the UK was named ‘Purple Reign,’ and he went to huge pains to ensure that he looked and sounded as close to the ‘purple one’ as he could, but the time came when he wanted a change and with the move to Spain which he adores, he began to perform in his own right and then as ‘Sammy Davis Jr’ in the ‘Rat Pack’ tribute band which has performed all over the Costa del Sol.

Now however he has reverted to his Prince alter ego and will be presenting his new Purple Revolution show with band and dancers at the theatre from September 3 to 6 and as restrictions mean that the theatre can only be filled to half capacity, tickets are likely to sell quickly.

Cliff Richard and the Carpenters, an authentic and entertaining tribute presented by the talented Dunc Neil and Beverley Fox for one night only September 12.

‘AIRE’, an exciting night of FLAMENCO dance presented by the Vicente Renero Dance Company September 19 and 20.

‘Cowboys and Kisses ‘, a superb evening of country hits by the Costa del Sol Showman himself, Johnny G with Melissa Carver (September 24 to 27.

It is too early for full musicals and dramas to be cast, rehearsed and presented but there is no doubt that those involved in the theatre will be doing all that they can to return to normal service as soon as is possible.

There will also be news of the postponed Evita show shortly.