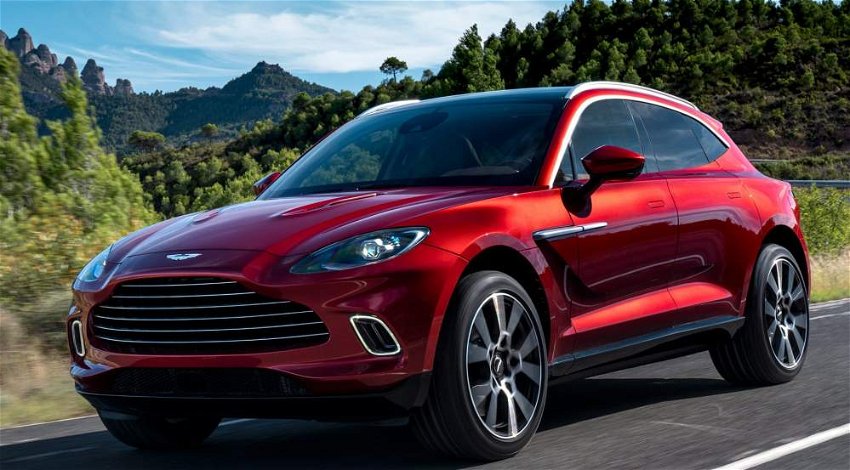 Undeniably an Aston Martin from the inside out

THE new Aston Martin DBX is a true “make-or-break” moment for the British car maker and as such, it has to be really rather good. That’s a pretty tall order for any new model, let alone for the first Aston Martin SUV.

Aston Martin’s DBX is also based on a new aluminium platform and is produced at a new factory, so when the company talks about an all-new model, they truly mean it.

However, it is not as fast as the competition, the Lamborghini Urus does it in almost 1 second less. Perhaps a DBX S in the future?

Aston Martin wanted the DBX to offer a very comfortable cabin, that’s why they gave it a really long 3.06-meter wheelbase while keeping the overall length shorter than that of the Bentley Bentayga, one of its direct rivals. The result is a surprisingly roomy and practical environment smothered in leather, with plenty of unique storage solutions thoughtfully scattered around the cabin.

As standard, the Aston Martin DBX comes with air suspension, adaptive dampers, a 48-volt active anti-roll system, a set of 22-inch alloy wheels, along with a 10.25-inch infotainment system -which is an adapted version of the previous-generation Mercedes system- with Apple CarPlay and a 12.3-inch digital instrument cluster.

Aston Martin has said that the DBX will receive a hybrid variant at some stage during its life cycle but such a model isn’t expected to arrive for at least two more years.

The price is as high as expectations for this car, at a staggering starting price of €175,000, and that’s before you add things like the outrageous luxury of a portable pet washer. The 11 different accessory packs are meant to increase the functionality, practicality and daily usability of what is ultimately a family- oriented SUV. Each accessory pack tailored to a different lifestyle need, some rather unconventional options include a special-edition Maxi-Cosi child and baby seat donning the Aston Martin Logo.

Undeniably an Aston Martin from the inside out