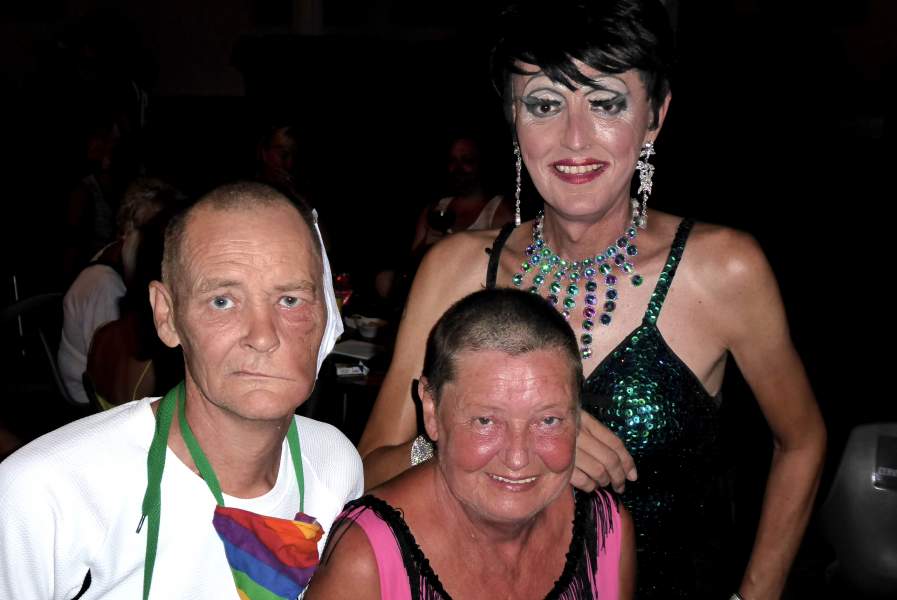 A POPULAR Benidorm bar-restaurant was turned into a barbershop for a special event on Saturday, August 15, to raise funds for the proprietor, Andrew Whitney.
WHITNEY, 54, of The Loft is claiming remarkable success in his battle against brain cancer since he began using cannabis suppositories about three months ago.
To help him buy supplies of the healing herb, volunteers, including Angie Mee and his wife Stephanie, sat in a chair at the entrance to the venue and had their hair clipped close to the scalp by Whitney while Benidorm drag artist Darren Smith – aka Barbie Kruger – collected donations from an enthusiastic crowd of well-wishers.


Whitney has received radiotherapy, but only started seeing really positive results when he began using cannabis suppositories which apparently served to reduce a massive swelling he had on the left side of his face.
By the end of Saturday evening 156 donations, plus the proceeds of a raffle, bumped Whitney’s fundraiser up to €2,056.

Whitney says he hopes the event will also raise awareness of the plant’s remarkable healing properties, and would like to see its use for medical purposes legalised all over the world.
If you would like to contribute to Whitney’s fundraiser, follow this link: paypal.me/theloftbenidorm421
*It is illegal to smoke cannabis in public and the laws on growing, possessing, and consuming cannabis in the home or on private property can differ depending on the region.
For more news from the Northern Costa Blanca, please follow this link