ID cards a must for Mallorca capital buskers 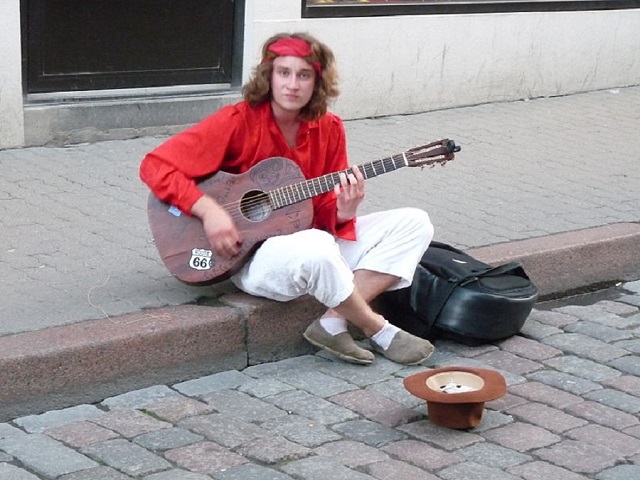 BUSKERS and street performers in Palma will need to display an ID card showing authorisation from the city council from September onwards.
Palma Citizen Participation councillor Alberto Jarabo announced this and other modifications to the decree regulating busking and performing on the city streets.
The changes include a maximum limit of 20 watt amplifiers, which must only be used in authorised areas so as not to bother residents.
In addition, there can only be one percussionist per group, with performances limited to no more than half an hour.
Artists and human statues will not be able to play music.
A further change is the addition of Santa Catalina and es Jonquet to the city’s noise protected areas following resident complaints.
The rest of Palma is divided into two zones for the purposes of busking and street performances.
In the Playa de Palma and Sant Jordi, musicians will be allowed to play from 11am to 2.40pm and from 5-11.40pm. Artists and human statues will be able to do their thing from 10am all the way through to 11.40pm.
The city centre is considered residential. Therefore amplifiers are banned, although performances are again allowed from 11am to 2.40pm and from 5-11.40pm at authorised locations.
In the Plaza Major playing music is prohibited, but circus acts are allowed from 12-2pm and then from 6-11.30pm.
Jarabo said the aim of the modifications is to “simplify” the application of the decree.
He described street performances as “a cultural expression of our city”, but stressed that they have to be regulated.
It must be something which “adds value to Palma and respects coexistence with residents”, the councillor remarked.
In regard to the authorisations Jarabo said the council would give preference to performers who are residents and will set a quota for those who go the city for the summer months only.
The cost of the ID card with be at least €48 a year or €4 per square metre a month.
The councillor said the city authority did not expect to issue more than 100 of the authorisations.