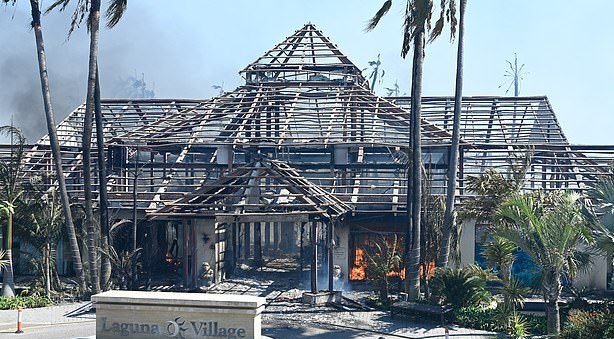 Dear Euro Weekly News,
It was so upsetting to hear of the two hugely destructive fires in the Costa del Sol, Sisu and Laguna Village. It is the last thing these business owners need at such a bad time for the tourist industry on the coast. The pictures of the charred building remains were heartbreaking. I really hope the community will come together and create some kind of benefit for them, if not to help them with their losses then just to show that they have some support. I don’t know if that kind of thing happens in Spain but in Portland, where I am originally from, that is the kind of thing that we would do.

I would like to send all my support to anybody that may have been employed there or who was involved in the fighting of the fires.

Dear Leapy Lee,
I have read your column since moving to Spain. I believe the virus was introduced around the world by China so it would disrupt the world trade so they could buy companies cheap and also buy world debt so they could control the world.

I believe the countries around the world should not pay the debt and tell the Chinese to put it where the sun don’t shine.

Dear Euro Weekly News,
I read in your paper that The Food Fairies are about to make a welcome return to the Costa del Sol. I must say I have missed reading about the great help they gave families during the first parts of the virus and the initial shock of isolation. I totally understand why they have made a comeback, families are still in need. My wife in I often take care packages to our local food bank when able and it is upsetting to see young children waiting for their next meal.

After the impact the virus has had on employment I am sure there must be even more families going without than before, such a shame, I am happy they will get some help from these magnificent girls. It would be great if more people could follow their lead and come up with their own aid groups.

Dear Euro Weekly News,
What a brilliant article by Nora Johnson about M&S and BBC being two dinosaurs that need to become relevant to the majority of the British public.
I, and probably many others, never watch BBC Left-wing, woke biased fake news, but Google it on my smartphone as Nora says!

Dear Euro Weekly News,
We are back in Spain after a 12-month absence and loved this article, as with all your others! You are bang on and that was probably why the original method of marking was fairer but did not produce the marks that a small proportion thought they should get!

However, you were diplomatic not to mention that a proportion of those going to Uni is only doing so to put off the evil day when they will have to work for a living and to have a good time.

Again, you were spot on with your remarks about Boris and I would wager that the irate farmer was not a Conservative!

Keep up the excellent articles and maybe you could focus on Knickerless ( I call her) Sturgeon, if ever there was a person full of her own importance, it is her. If Boris said something was black, she would argue it was white.