Moscow Scientists Edge Closer To A Breakthrough For Cystic Fibrosis 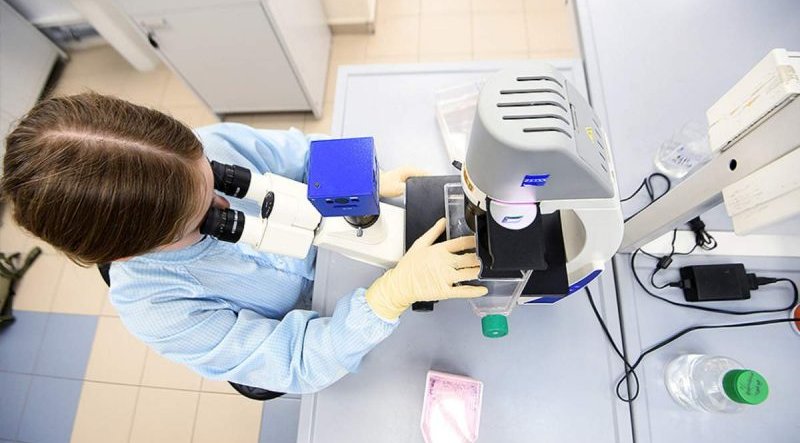 Scientists at Moscow’s Bochkov Medical Genetic Research Center have successfully corrected a mutation of the CFTR gene, which causes cystic fibrosis. In a breakthrough treatment, and using genetic editing, they replaced the parts of the DNA that cause mutations.

Cystic fibrosis is a life-long hereditary illness with symptoms such as difficulty breathing and coughing up mucus- the disease can also lead to stunted growth. Caused by a mutation of the Cystic fibrosis transmembrane conductance regulator (CFTR) gene, it is most often found in northern Europeans. Scientists at the Bochkov Center have focused their efforts on the most common European mutation, F508del.

The research was submitted for approval in May and was published online two weeks ago, following a review, by the PLOS ONE medical journal.

According to the medical newspaper Medvestnik, the scientists removed specific parts of the DNA of the mutated cells using the CRISPR/Cas9 gene-editing tool, replacing them with a healthy copy of the desired segment. Earlier this year, the CRISPR/Cas9 editing technique played a significant part in the work of Jennifer Doudna and Emmanuelle Charpentier, two women who were jointly awarded the 2020 Nobel Prize in Chemistry.

The editing took place on a cell line known as CFTE29o-. The specialists managed to correct around three per cent of the cell line and about five per cent of the stem cell culture. To cure a person of the disease, scientists believe around 10-15 per cent needs to be edited. Despite the progress, the scientists note that the relatively low efficiency of genomic editing means that it cannot yet be used inside a patient’s body, with further progress still required in this area.

In 2019, the Russian Ministry of Health estimates stated that between 3,400 to 3,900 people in the country live with diagnosed cystic fibrosis, of which about 900 are adults. In Russia, the life expectancy of a cystic fibrosis patient is around 40 years old, approximately 15 years younger than for CF patients in the rest of the world.