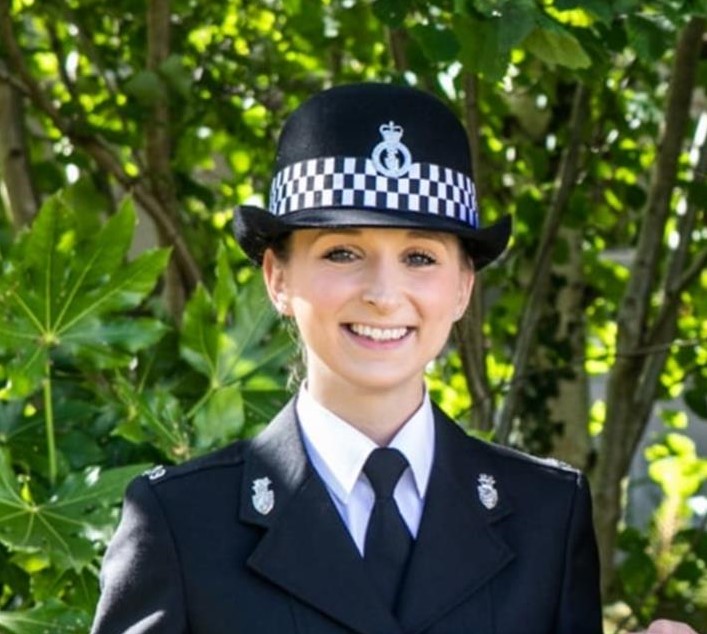 Police officer describes the moment she delivered a baby girl at the roadside, revealing: “It felt surreal to have brought a life into the world”.

THE Devon & Cornwall PC has described the experience as the “highlight” of her 18-month long career.

PC Gemma Clatworthy had just left police HQ at Middlemoor, Exeter, shortly before 4pm on Sunday, December 27, with colleague PC Lucy Austin, when they came across Lucy Kelly in labour in the passenger seat of her car on the roadside.

“Lucy’s partner had flagged down a police van moments before, and a PSCO from the van flagged us down to help,” recalled the 28-year-old from Exeter, who was en route to an anti-social behaviour call-out the other side of the city.

“The PCSO was running down the road shouting at us to stop. I ran over and went to Lucy and saw the baby’s head almost fully out. Then, Lucy said she needed to push, so I held my hands underneath her and the baby came out in my hands. The baby did a cute little yawn and stretch so I knew she was ok.”

Lily Haggar was born safely at 4.04pm to proud parents Lucy, 25, and Chris Haggar, 30, from Cranbrook.

“I didn’t feel nervous or scared, I was totally focused,” continued PC Clatworthy. “My main focus was the safety of the baby and everything else around me was blocked out. It felt surreal to have brought a life into the world. It’s not something I ever thought I’d come across.”

PC Clatworthy has wanted to be a police officer for as long as she can remember and in her short career has experienced some serious incidents including being the second officer on the scene at the Sainsbury’s Pinhoe car park incident in March, witnessing PC Alex Howden being deliberately ploughed into by a car.

“I’ve never wanted to be anything other than a police officer,” said PC Clatworthy. “I just wanted to do a job helping people. The attention is strange,” she added. “I’ve never been one to talk much about what I do.”

PC Clatworthy has kept in touch with Lucy via Facebook.

Lucy said she was “relieved” when Gemma delivered Lily safely. The parents, who also have another daughter, 18-month-old Olivia, had left their home in Cranbrook 10 minutes before when Lucy realised Lily was ready to be born.

“I didn’t feel panic,” she recalled. “Just, oh no, are we really going to have to do this here, with no painkillers!

“It all happened so quickly there wasn’t time to think, but when Gemma arrived, I felt like I was in safe hands.”