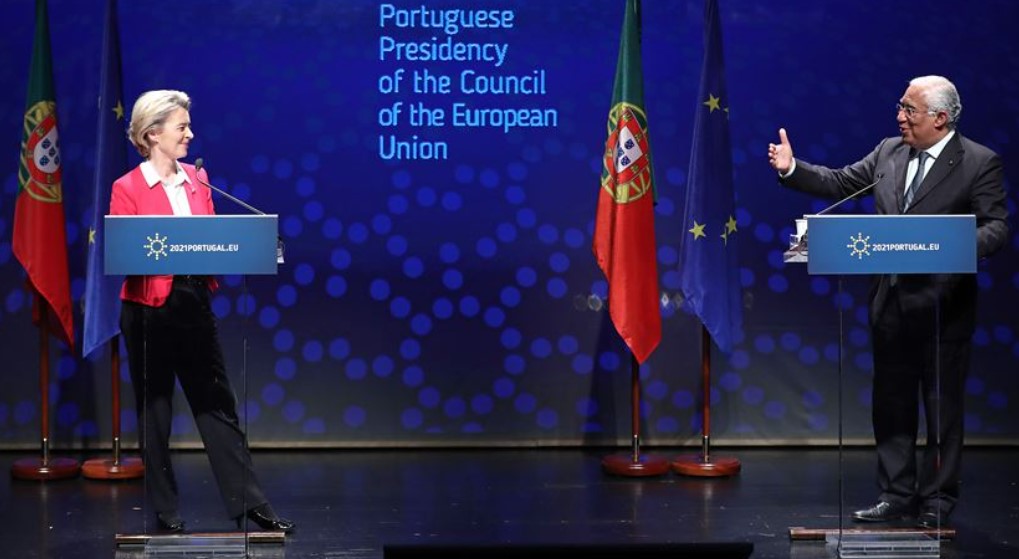 Ursula Von der Leyen, the president of the European Commission, this afternoon (Saturday 16), during the summit of the Council of the European Union in Lisbon, said she believes the only solution in the fire as regards tourism, is the introduction of a ‘vaccination passport’ in the form of a certificate to prove you have been vaccinated.

She stated, “Vaccination is a medical necessity. The certificate would have to be recognised by the World Health Organisation. Then we would need to establish what we can do with the certificate, and what freedoms we allow. It will have to be discussed”, adding, “It must be a medical obligation that there is a certificate for those who been vaccinated”.

Portugal has taken over the rotating role of the Presidency of the European Council, which changes every six months, and Prime Minister Antonio Costa said Portugal’s motto for the next six-month presidency term is “It’s time to act: a fair, green, digital recovery”.

Mr Costa, during the press conference at the end of the summit, said, “We are centering our presidency on economic recovery, but the European bazooka has to blast off, the financial support has to take place. Each national parliament must approve its plans for recovery with urgency and present them”.

There was also discussion about the new variant strains of the virus that have been discovered, with Ms Von der Leyen saying, “It’s important to realise that we aren’t yet out of this crisis, as we can see with the cases in Portugal. We have to react rapidly with these new variants. The vaccination programme is the light at the end of the tunnel, and we have to focus on it”.

Mr Costa voiced his concern that “People need to feel safe to come on holiday or work and live in Portugal this summer”.

Thank you for taking the time to read this news article “Ursula Von Der Leyen Says ‘Vaccination Passports’ Are The Only Solution For Future Tourism”.