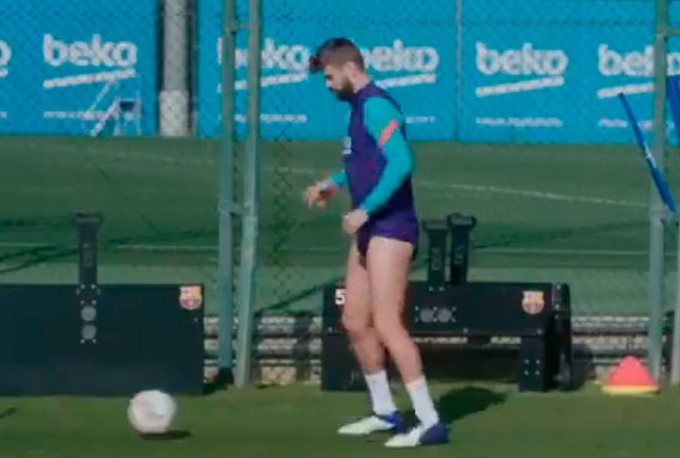 Defender Gerard Piqué, currently recovering from a serious knee injury, is celebrating his 34th birthday today (Tuesday, February 2) and said the “best gift” for him is to be able to train and touch the ball again.

“The best gift. I’m back,” wrote the central on his social networks, accompanied by a video in which he is seen training alone.

Piqué has been out of action since in November 2020 with a grade three sprain of the internal lateral ligament and a partial injury of the anterior cruciate ligament of the right knee.

He has been recovering with conservative treatment and hasn’t had to undergo surgery.

While he’s not yet match fit, he is back in training.

Coach Ronald Koeman told a press conference that although he doesn’t want to not rush him, he is eager to have the Catalan defender back in the squad for the final stretch of this season.

The central defender was injured in the 62nd minute of a match against Atlético de Madrid and had to be replaced by the American Sergiño Dest.

The incident took place during an attack by Atlético, in which Argentine Ángel Correa, who had been stumbled by Jordi Alba, fell on Piqué’s right knee and appeared to be in agony.