There are some things I’ve enjoyed 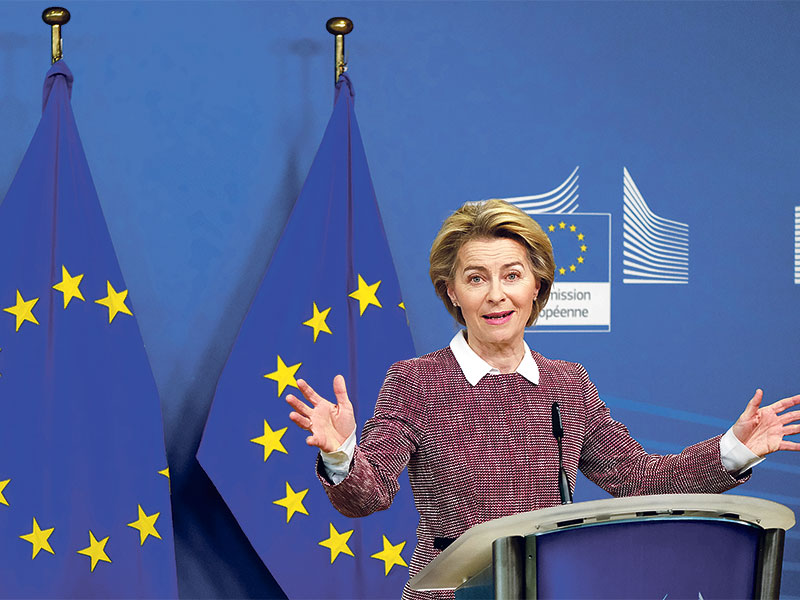 Although I am fully aware of the tremendous hardship and agonies caused by the Covid restrictions, I must confess there are a number of things I have rather enjoyed during this lockdown. Less traffic on the roads, easier parking, more orderly queues – particularly at checkouts and a little more time to pause and ‘smell the roses.’

I also don’t miss the distraction of baying hordes at some sporting events. But to me the most welcome experience has been the overall reduction in noise levels which, apart from a few rowdy demos, has been pure bliss. I truly do think noise, particularly unnecessary noise, can often be an affront to the senses and is one of the biggest polluters of the planet.

No, when we come out of all this horror and enter the era of the ‘great reset,’ let’s hope that many of the positive aspects are taken on board and retained for the greater good of us all.

What a supercilious, nasty bunch the EU bureaucrats have turned out to be. As usual the Germans have been the most arrogant of all. In the aftermath of the disgraceful article16 fiasco, which has left Brussel faces drenched in egg, it also emerged that Germany had already stockpiled a whole cache of the vaccine for themselves.

This in itself was bad enough (albeit pretty typical), but by some warped reasoning Ursula von Leyan, the Commission President, refused to release it to the German  people until all the other EU countries had amassed the same amount – err!?

What this basically meant was that she had decided to let her fellow country men and women die, rather than lose face! It sounds to me as though this woman should not only be relieved of her post, but be put on trial for mass manslaughter.

Some chance. One thing that does emerge from the whole farcical incident is that even many staunch UK remoaners now agree that getting out of the EU was a far better move than most of them envisaged; particularly as the UK now has the chance to join the exciting £9 trillion massive CPTPP free trade area. Watch the whole sorry EU debacle tumble like a house of cards in the not too distant future.

Biggest waste of time and money so far this year? The WHO contingent sent to China to investigate the origins of the Covid-19 virus. This lot has about as much chance of getting the truth out of this devious and highly dangerous regime as I have of dancing with Princess Anne in Harrods window.

Mind you, personally I wouldn’t believe any answers the WHO organisation came up with anyway. To my mind they are more likely to be negotiating the price of concluding that the virus probably originated from the three-humped desert camel or the long haired North African dung beetle, with nothing whatsoever to do with China – if you get my drift!