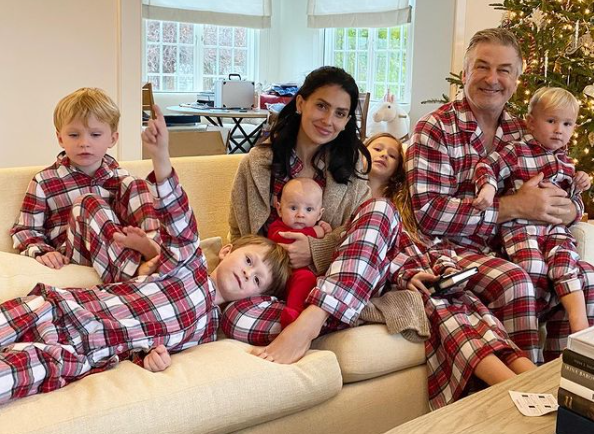 The 37-year-old wife of actor Alec Baldwin was accused of posing as a Spanish woman when she was actually born and raised in Boston.

“I should have been more clear and I’m sorry,” she said.

The yoga/wellness expert had claimed she was born in Mallorca, sparking a barrage of criticism on the internet.

One tweet read: “You have to admire Hilaria Baldwin’s commitment to her decade long grift where she impersonates a Spanish person.”

Further internet searches revealed that Baldwin’s real name is actually Hillary Hayword-Thomas, and she grew up in Massachusetts and the Twitter detectives led to some of her old classmates coming forward.

One former classmate tweeted: “I went to high school with her. Genuinely lovely person, I recall, but fully a white girl from Cambridge.”

On Friday, Baldwin issued an apology on Instagram, writing: “I’ve spent the last month listening, reflecting, and asking myself how I can learn and grow. My parents raised my brother and me with two cultures, American and Spanish, and I feel a true sense of belonging to both.”

She continued: “The way I’ve spoken about myself and my deep connection to two cultures could have been better explained – I should have been more clear and I’m sorry. I’m proud of the way I was raised, and we’re raising our children to share the same love and respect for both.

“Being vulnerable and pushing ourselves to learn and grow is what we’ve built our community on, and I hope to get back to the supportive and kind environment we’ve built together,” said Baldwin.

She also shared a photo of herself alongside her husband, Alec Baldwin, and their five kids.

Talking to The New York Times back in December last year, Baldwin tried to clear up ‘misconceptions’ in what she had said.

“The things I have shared about myself are very clear,” Baldwin said. “I was born in Boston. I spent time in Boston and in Spain.

“My family now lives in Spain. I moved to New York when I was 19-years-old and I have lived here ever since.

“For me, I feel like I have spent 10 years sharing that story over and over again. And now it seems like it’s not enough.”