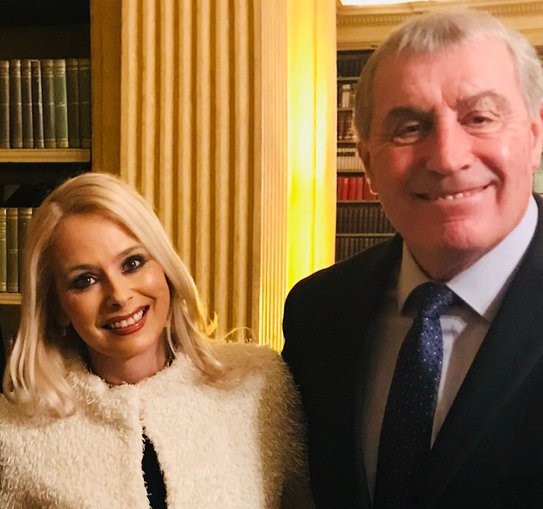 GAMBLING adverts and sponsorship in football are everywhere with betting brands on shirts, around pitches, on video games and even in sticker books.

The Big Step petition was launched to ‘kick gambling out of the game’ and now football legends such as Peter Shilton have joined the campaign amid fears children are being exposed to gambling through the sport.

The petition is calling on the Government to end all gambling advertising and sponsorship in football and will be delivered to 10 Downing Street later this year.

The petition is currently just shy of 5,000 signatures.

Shilton, who played for England a record 125 times, revealed last year that he struggled with gambling addiction for 45 years.

Together with his wife, Steph, Shilton has set up a campaign to ban gambling sponsorship on football shirts. Their campaign is calling on football to take a stance and “end their conspiracy of silence” in order to protect public health.

Steph said: “it is time for everyone to make a stand. We must protect children and the vulnerable. Morally we don’t believe there is any justification in advertising gambling in football, especially on the shirts!”

This coalition comes as the Government, which is currently reviewing the 2005 Gambling Act, is under increasing pressure to make sweeping changes to gambling advertising laws.

There are between 430,000 (Gambling Commission) and 1.4 million (YouGov) people addicted to gambling in the UK, including 55,000 children, with a further 3.6 million (YouGov) affected by the gambling of others.

Tragically, research indicates that there are between 250 and 650 gambling-related suicides every year in the UK, a minimum of one every working day.

James Grimes, founder of the Big Step, said in a statement: “We are delighted to be joining forces with Shilton’s Soccer Shirt Gambling Ban and are proud to have the support of both Peter and Steph, who are doing amazing work in raising awareness of gambling harms.”