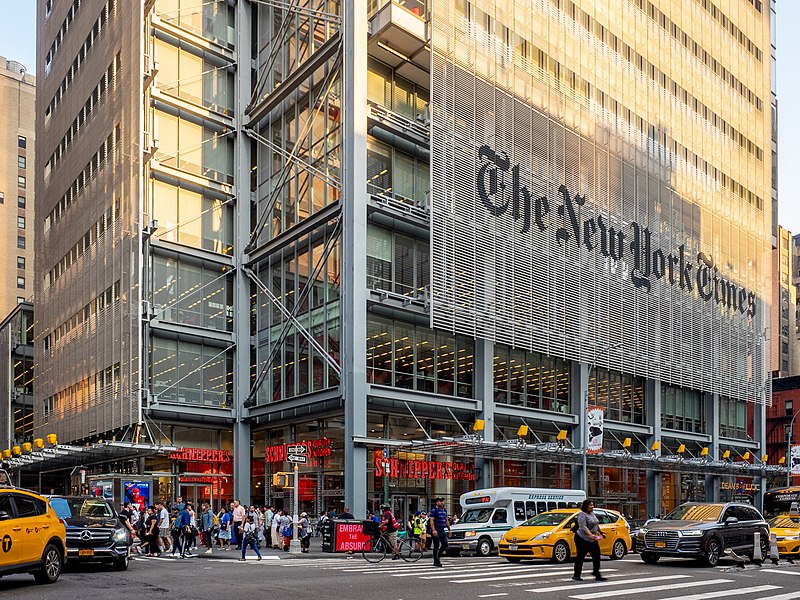 TWO JOURNALISTS at the world-famous New York Times have left the newspaper in the wake of separate scandals involving racism, sexism, and inaccuracy.

In the wake of two separate scandals, two prominent New York Times journalists have left one of the world’s most famous newspapers in a shattering blow to both their careers.

Donald McNeil, who gained international attention as the NYT’s Covid-19 reporter, was compelled to resign after it emerged that he had used a racial slur while accompanying high school students on a company-sponsored trip to Peru in 2019.

He allegedly used the N-word when asked about a viral video containing the word, which the NYT ruling at the time that he had not used the slur with “hateful or malicious” intent. McNeil issued an apology following his resignation, which followed demands from colleagues and readers calling for him to leave.

In a separate scandal, audio journalist Andy Mills left the newspaper when allegations surfaced that he had displayed sexist behaviour towards female newsroom colleagues. Mills originally sparked controversy when it emerged that the Caliphate podcast, which he co-produced for the NYT, featured a prominent false testimony.

The series followed the Islamic State, and prominently relied on the accounts given by one witness who was exposed as a fantasist whose claims could not be corroborated. The scandal led many of Mills’ colleagues to report his workplace indiscretions.

The New York Times has traditionally be considered the US “paper of record” – meaning the most trusted and esteemed news outlet of a country. In this era of increasingly polarised media, the term is becoming less applicable to many outlets.