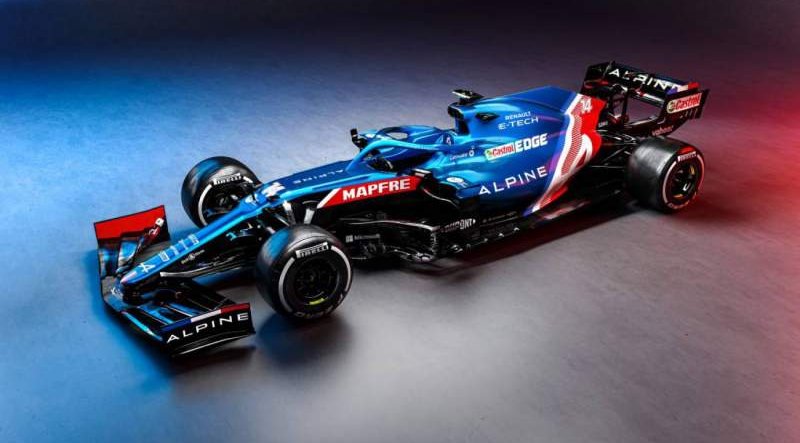 Today, Tuesday, March 2, is the date many Formula One race fans will have been eagerly waiting for, the date that Renault unveils their new A521 racing machine for the 2021 season, at 4pm Spanish time, for the newly branded Alpine F1 team, with the season starting in Bahrain at the end of March, and preseason training due to begin next week.

The French team has acquired the services of former Spanish F1 world champion Fernando Alonso, who will team up with France’s Esteban Ocon, and Daniil Kvyat announced as the reserve driver.

A Renault spokesman described the new car, saying that it, “proudly represents the colors of the French and British flags, as well as the historic colors of Alpine blue, white and red “, with Esteban Ocon commenting, “It looks incredible, it makes me proud to be French. I can’t wait to be at the wheel”.

He continued, “I am very proud to be from Alpine F1 Team, it is a team that has united French passion with British pride, it is a perfect agreement. I am excited about the project, I want to be more ambitious. I am happy with the team’s goals, and the best way to show that ambition is to make ourselves visible and be at the forefront in the races”.

Unfortunately, Fernando Alonso was not able to be present at the unveiling, as he is still recovering from his broken jaw received in a bicycle accident in Switzerland on February 11, but he sent his greetings in a video screened by Renault before the event.

Alonso said, “Hello everyone, as you know, I will not be able to participate in the presentation of the new car. With the current restrictions between Switzerland and Great Britain, it is quite difficult to travel, but anyway I will follow the presentation virtually like everyone else and it does not matter if I do not I am physically there”.

Adding, “I am very happy to be back after two years away from F1. I am very motivated to start this new episode with Alpine, and of course, it is very special to return to the team with which I conquered so much in the past”.

💙 in the comments if you’re in love! pic.twitter.com/eWgwmKRziN

Thank you for taking the time to read this news article “Fernando Alonso’s New F1 Car For 2021 Unveiled By Renault”.