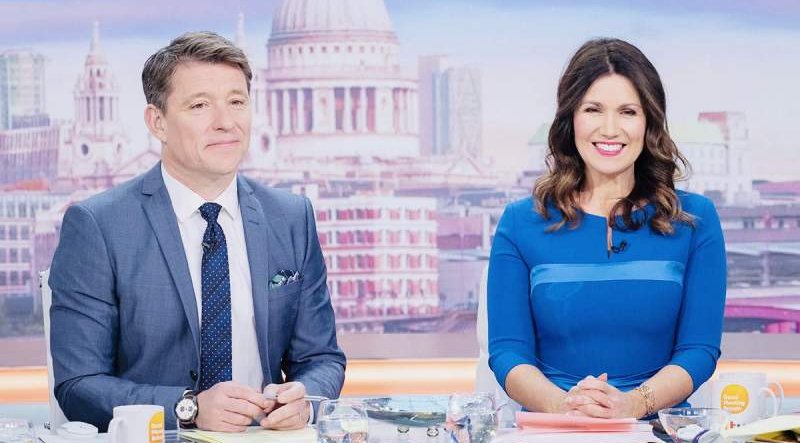 GMB has lost around 255,000 viewers since the shocking departure of controversial host Piers Morgan – dropping from 1.15 million viewers last week to an average of 896,000 viewers to the show on Monday, March 15.

It was the turn of Ben Shephard – who traditionally co-hosts the show on Thursdays and Fridays – to take the chair alongside Susanna Reid on Monday as the fallout from Piers’ exit from the show continues.

Piers Morgan’s decision to step down as host of Good Morning Britain has been met with great disappointment from viewers with many begging ITV to take him back. Piers sensationally quit his role as host on the ITV morning show after he received a backlash over his comments regarding Meghan Markle’s interview with Oprah Winfrey.

Signatures on three petitions calling for Piers to be reinstated on Good Morning Britain have now reached more than 240,000, but 55-year-old Morgan has made it clear he will not return to GMB.

ITV have been desperately trying to fill in the presenter’s position left by Morgan, with 42-year-old Rob Rinder, a lawyer and TV host who viewers will already know for his daytime reality courtroom show, Judge Rinder, being touted as a possible replacement.

Another presenter ITV are said to be looking at is BBC news presenter, Victoria Derbyshire. ITV bosses are said to have had their eye on Victoria for some time, with a source telling The Sun, “ITV producers have been looking for the right platform for Victoria for a while. They think she is a real talent and one of the few opinionated TV journalists who could be a real powerhouse addition to GMB”.

They continued, “She’s not afraid to challenge guests, ask tough questions, get straight to the point and wax lyrical about what she believes in. They’re using Piers’ exit as an opportunity to trial new faces”.