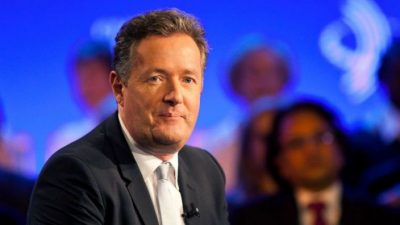 PIERS MORGAN has spoken out about his departure from Good Morning Britain (GMB).

The former GMB host, Piers Morgan, has spoken out about his departure from the show.

Writing in the Mail on Sunday, Morgan offers more details on why he left the show, saying he refused to apologise for his comments about Meghan Markle following her interview with Oprah.

The host said that after saying he did not believe some of Markle’s claims in her Oprah interview, ITV initially only asked him to clarify his remarks on the next day’s show.

Morgan he did this, saying on GMB: “I still don’t believe what Meghan Markle says generally in this interview, and I have serious concerns about the veracity of a lot of what she said.

“But let me just state my position on mental illness and on suicide. These are clearly extremely serious things and should be taken extremely seriously and if someone is feeling that way, they should get the treatment and the help that they need every time.

“Every time. And if they belong to an institution like the Royal Family, they should seek that help and be given it. It’s not for me to question if she felt suicidal.

“I am not in her mind and that is for her to say.

“My real concern was a disbelief frankly, and I’m prepared to be proven wrong on this, that she went to a senior member of the Royal household and told them she was suicidal and was told she could not have any help because it would be a bad look for the family.

“If that is true, a) that person should be fired and b) The Royal Family have serious questions that need to be answered.”

However, Morgan says that as further complaints came in to ITV he was asked to apologise but refused to.  He said: “I wasn’t going to apologise for disbelieving Meghan Markle, because the truth is that I don’t believe Meghan Markle.

And in a free, democratic society, I should be allowed not to believe someone, and to say that I don’t believe them.”

The host says that since leaving the show, he has received support from the public and fellow celebrities as well as calls for him to run for prime minister.