Boris Johnson Is Expected To Make These Three Announcements On Monday 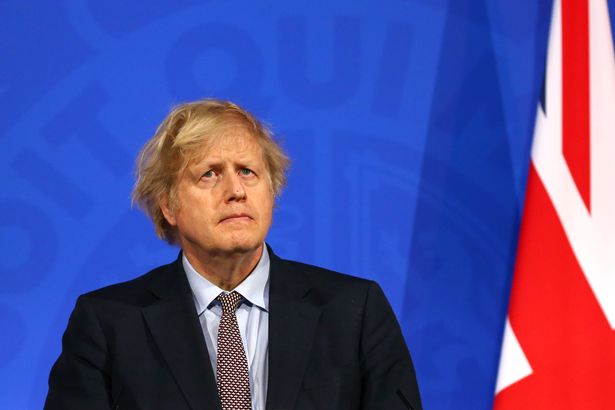 Former Ministers want Johnson to re-open on June 21 as planned. Image: No 10 commons

Boris Johnson Is Expected To Make These Three Important Announcements On Monday.

Boris Johnson is expected to announce an update on Easter Monday, April 5, where he will plot out the next steps out of England’s lockdown. The PM has hinted he will give a No10 press conference or similar on three key issues – lockdown, travel and Covid passports.

He is set to confirm whether or not pub beer gardens and hairdressers can reopen as planned on April 12. He is also expected to give a “high-level” direction of his thinking on travel and Covid passport schemes later this summer. Holidaymakers to Spain are waiting anxiously for news on this subject- so are the thousands of businesses in the county eager to see an influx of Brits back on Spanish soil.

Boris Johnson is due to host a crunch meeting on Monday morning to decide if Step Two of England’s lockdown roadmap can go ahead.

Step Two plans are to open pub beer gardens, hairdressers, gyms and self-contained domestic holidays from April 12 at the earliest. The PM had promised to give firms a week’s notice of reopening – which means the confirmation should come on Monday night.

Triggering Step Two as planned will depend on four tests: infection rates, the vaccine rollout, new variants and hospitalisations and deaths. The final decision will only be made hours before a public announcement on Monday, April 5, after the cabinet has had time to look at the latest scientific data.

Step Two will keep the ban on indoor gatherings, and the limit of six people or two households on outdoor gatherings. But it will reopen non-essential shops, “personal care” premises, libraries, museums, gyms, swimming pools and spas. Saunas and steam rooms remain closed.

Outdoor areas of pubs, restaurants and cafes can reopen, but with table service only. Punters must stay seated and only go inside to use the toilet. Self-contained holiday accommodation in England can reopen, but only for people travelling with their own household or bubble.

Foreign holidays will still be banned, as will indoor gatherings or overnight stays with people not in your household or bubble.

Funerals can continue with up to 30 people. For wedding ceremonies and receptions and commemorative events the number rises from 6 to 15. Driving lessons can resume and zoos and theme parks can open outdoors.

The Prime Minister is expected to announce an update on international travel for later this summer. Reports indicate he’ll unveil a three-level “traffic light” system drawn up by the government’s Global Travel Taskforce.

Travel to the UK from ‘red list’ countries would be banned as it is now for 39 nations – with returning Brits forced into £1,750 (approx €2,000) hotel quarantine. A newly proposed ‘amber’ list would allow limited travel but with testing and quarantine on return, and ‘green’ list countries could be quarantine-free.

However, once again, sources warn there may be precious little detail in the Prime Minister’s announcement that will actually let you go ahead and plan your holiday. He is widely expected to spell out a “high-level” general policy without spelling out a list of which countries are on which “light” at the moment.

While the roadmap promises foreign holidays can start from May 17 at the earliest, any meaningful return to the beaches may not actually happen until July or August. It’s possible the Monday update could be followed by a second update days later, as the task force is due to report fully by April 12.

Sources said a country’s vaccination rate would “play a big part” in its status, as well as its level of “variants of concern”. The US, Maldives and Israel are among the nations tipped for an early return.

Non-essential foreign travel is currently banned and punishable with a £5,000 (€5,880) fine with The Times newspaper reporting travel into Britain is unlikely to fully reopen until 2022.

No10 aides are locked in meetings ahead of an update on Covid ‘certification’ – otherwise known as vaccine passports. It has been reported that there will be a “passport” scheme to let Brits visit countries abroad which demand proof of a jab.

But the issue of how they might be used within the UK is much more thorny – and has prompted a cross-party revolt. The Prime Minister is due to talk about the future of so-called domestic certification but it is still uncertain what form this will take.

There’s also been much speculation that it could mean having to show you’ve been vaccinated, such as on the NHS Covid-19 app, to get into a pub. But the PM has indicated it could be vaguer than this. He said certification could refer to either a vaccine, or whether you’ve had a recent test, or your antibody status – or a combination of the three- not clear at all!

“Those three things working together will, I think, be useful,” he said. But what events or venues it will apply to remains unclear. Previously Boris Johnson put the emphasis on giving people rapid tests before a specific event, not checking their vaccine status.

But he now “wants vaccine passports to happen” and believes the debate is over, according to Spectator editor Fraser Nelson.

The proposals prompted a furious backlash from more than 70 MPs who have vowed to oppose the “oppression” of a passport scheme. Opposition leader Sir Keir Starmer has also left the door open to fighting any domestic scheme in Parliament – which if combined with Tory rebels could completely wipe out the PM’s majority.

It is known that ministers want to use certification to trial larger crowds at the FA Cup final at Wembley next month, as well as the World Snooker Championship in Sheffield from mid-April. But again, what form this takes is not yet clear.