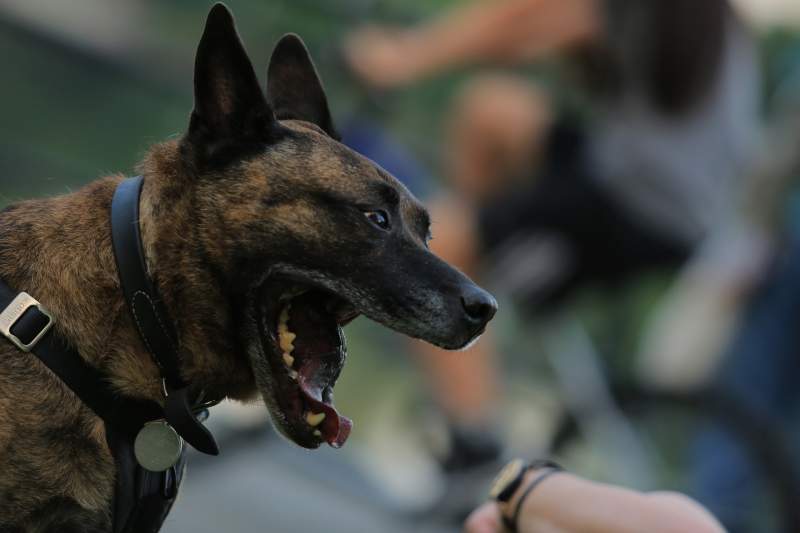 A PICNIC in an Edinburgh park was ruined when a boy with learning disabilities was attacked by a dog as he ate his sandwich.

Five-year-old Scottish boy, Robin, was allegedly attacked by a dog as he was eating a sandwich at a park in Edinburgh, Scotland. Local police are investigating the incident.

Luckily, the boy was not severely injured but was “left very distressed” by the attack, his mother, Rachel Plummer, told The Edinburgh Evening News.

Rachel said: “I screamed at the top of my lungs when I saw it go for him. He’s only a little boy, very small for his age and slow to respond due to his disabilities, and the dog was easily as big as him.”

The mother and her son had been taking an afternoon walk and having a picnic in Colinton Dell, an area of Edinburgh that is popular for dog walkers and picnickers alike. Their afternoon took a turn when they were set upon by a pack of seven or more dogs who were not on a lead.

It appears the dogs were attracted to the scent of the young boy’s sandwich, as one tried to snatch it from his hand but he resisted. Rachel said not only were the dogs, who appeared to be pets and not strays, not on leads but many were not even wearing collars.

Robin “didn’t let it go at first, he doesn’t understand, and so the dog went for him, knocking him down and biting at his arm and shoulder,” Rachel explained. Robin sustained bruises on his legs and scrapes on his back in the attack.

Rachel and a companion managed to wrestle the dog off of Robin and then proceeded to confront the owner of the pet, who had been too far away to witness the attack. Rachel said that the owners refused to give her their names and “ran off” after reprimanding her for following them.

One of the owners blamed Rachel for the attack, telling her “you shouldn’t have been having a picnic in a dog walking area,” despite the area often being used for picnics by many.

Rachel filed a police report when she returned home and a police spokesperson told the Edinburgh Evening News that “[e]nquiries to establish the full circumstances are at an early stage.”

It has been discussed in the news recently about the dangers of having dogs off leads in public areas. The death of beloved seal, Freddie Mercury, near the Thames has sparked debates around whether dogs should be allowed to be off leads and uncontrolled.