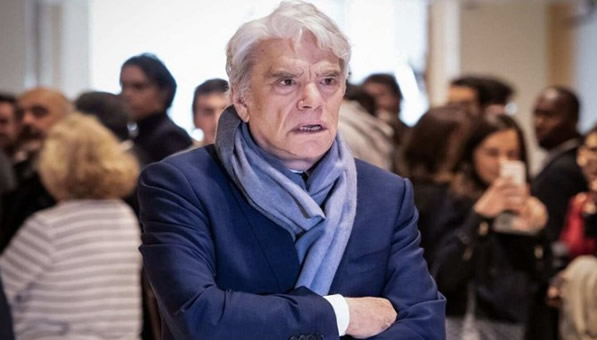 French Tycoon Bernard Tapie And His Wife Tied Up And Beaten In Burglary. image: twitter

Bernard Tapie, the 78-year-old scandal-ridden business tycoon and former French minister, and former Adidas brand owner, was attacked on Sunday morning (April 4), along with his wife Dominique, in their luxurious Paris home in Combs-la-Ville, when four men broke in and tied them both up, as confirmed by French police.

The criminals broke into the couple’s house – which is located on a vast estate known as the Moulin de Breuil – through a first-floor window, undetected by guards, beat the couple, then tied them up with electrical cords, while they searched the home for valuables, according to a source, escaping with two watches, including a Rolex, earrings, bracelets and a ring.

Dominique apparently managed to free herself from the cords and go to a neighbour’s home to call the police, before being taken to the hospital to be checked, after receiving several blows to her face during the robbery.

Her grandson, Rodolphe, commented, “She is doing well”, with Guy Geoffroy, the mayor of Combs-La-Ville, saying Dominique had told him how the men pulled her by her hair, “because they wanted to know where the treasure was, but of course there was no treasure, and the fact that they didn’t find one made the violence only worse”.

Beatrice Angelelli, the prosecutor, told how Mr Tapie took a blow to his head by a club, but refused to go to the hospital, with Rudolphe saying, “My grandfather refused to be taken away. He is shattered, very tired. He was sitting on a chair when he was hit with a club”.

A source close to the investigation said that the French police are treating Sunday’s incident as a violent robbery and kidnapping, and an investigation is underway, as reported by theguardian.com.