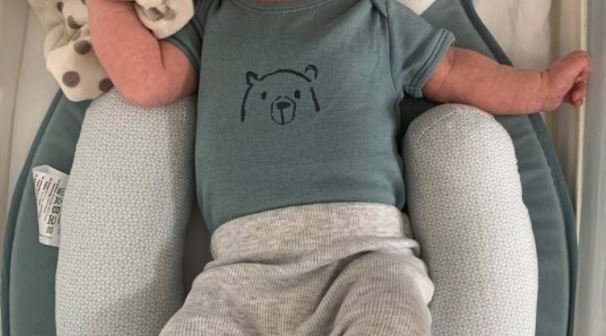 TRIBUTE to two-week old baby boy tragically killed when his pram was struck by a car in Brownhills.

Tragically a two-week-old baby was killed when the pram he was being pushed in was hit by a car. The baby has been named by his family as Ciaran Leigh Morris, and tragically he died after being rushed to hospital.

According to police a BMW is thought to have been involved in a collision with a car before colliding with the pram on Sunday April 4, in the afternoon at around 4pm. For Ciaran’s family Easter Sunday quickly turned from a family day into the ultimate tragedy. Pictures of young Ciaran have now been released.

Tributes have been laid at the site of the crash which the family have visited and Ciaran’s parents have released an emotional tribute to their young son that was taken from them far too soon. They said, “Mommy’s and Daddy’s hearts will always ache, we love you more than anything.

“We didn’t get to keep you for long but we are happy we had the chance to meet you, look after you and call you our son.

Since the young boy’s death many people have visited the accident site in order to leave teddy bears, flowers and messages of remembrance.

One tribute spoke about the “perfect baby” and said, “My beautiful nephew Ciaran, from the minute mommy told me about you, I knew you were going to be the most loved and perfect baby in the world.

“Words can’t describe the pain we’re feeling now. Being with mommy and daddy through your small life made my love for you so strong.

“My heart breaks that we can’t cuddle no more. This isn’t goodbye, it is until we meet again, love you always.”

Sergeant Mark Crozier from the West Midlands police force’s serious collision investigation unit spoke of the tragedy and the pain the family are suffering. He said, “We’ve all been left numb by the sad death of Ciaran.

“He was just two weeks old and his life has been tragically taken away.

“To see the loss of someone so young is difficult for us as officers, but we know the pain is even greater for Ciaran’s family.

“We’ll be doing all we can to support them while also trying to establish what happened leading to the collision.

“I would ask people to please respect the family at this sad time and allow them the privacy to grieve.”

According to police a 34-year-old man was arrested in connection with the collision and he is still in custody after being arrested on suspicion of causing death by dangerous driving.