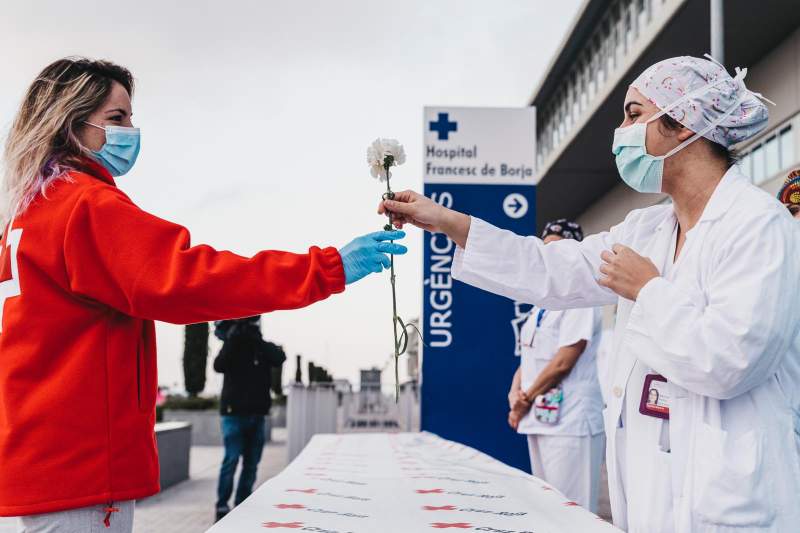 A third of people treated by Spain’s Red Cross have seen their health worsen during the pandemic.

NUMEROUS studies have shown that inequalities have a clear impact on health, especially the most vulnerable, and Spain’s Red Cross (Cruz Roja) says this has been particularly evident in the last 12 months.

More than half (56.7 per cent) of people regularly seen as part of the Red Cross RESPONDE Plan, launched in 2020 after the declaration of State of Alarm, claim to have “regular, bad or very bad health status” and 35.2 per cent said it has worsened during the pandemic.

A third (33.5 per cent) have been affected by Covid “in a close way,” with 15.8 per cent claiming to have contracted the disease personally.

In addition, as an indirect consequence of the pandemic, psychological or emotional disorders have a decisive impact:

Two thirds (66 per cent) claim to have an emotional problem “always or most of the time,” worrying (43.1 per cent), sadness (28.9 per cent) and depression (24.9 per cent) the most widespread negative moods.

In addition, 34 per cent have “continued difficulty sleeping.”

“These are some of the worrying data that has emerged from the bulletin on social vulnerability ‘The impact of Covid-19 on the population served by the Red Cross through the RESPONDE Plan,’ an investigation that aims to obtain a detailed picture of the degree of vulnerability, risk of poverty and exclusion, and the needs and expectations of the people served by the organisation through this plan.

“Taking into account that the Red Cross works with the most vulnerable people, the data shows, once again, how people’s living conditions determine their health.