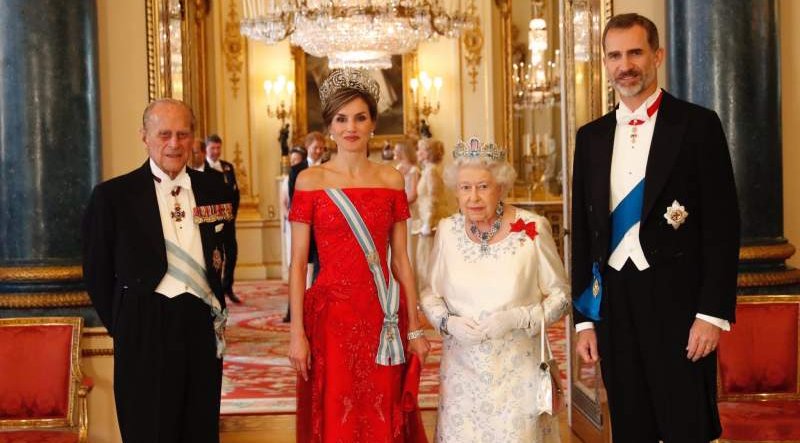 IN the touching message, King Felipe VI and Queen Letizia refer to Her Majesty as “Aunt Lilibet”.

Buckingham Palace announced the sad news that HRH Prince Philip passed away peacefully at Windsor Castle this morning, Friday, April 9, aged 99. He would have celebrated his 100th birthday on June 10.

A statement from Buckingham Palace read: “It is with deep sorrow that Her Majesty The Queen has announced the death of her beloved husband, His Royal Highness Prince Philip, Duke of Edinburgh. His Royal Highness passed away peacefully this morning at Windsor Castle.”

On hearing the news, King Felipe VI and Queen Letizia sent their condolences to Queen Elizabeth II in which they referred to her as “Aunt Lilibet” and Prince Philip as “Uncle Philip”.

The telegram read: “The Queen of the United Kingdom of Great Britain and Northern Ireland. From Their Majesties the King and Queen of Spain.

“Dear Aunt Lilibet. We were deeply saddened to receive the news of the passing of Uncle Philip. At this painful time, we would like to convey to you our deepest condolences on behalf of the Spanish Government and the people, as well as all our sympathy and support.

“We will never forget the occasions we were able to share with him and the legacy of service and dedication to the crown and the United Kingdom that he always carried out at your side.

“Our thoughts and prayers are with your majesty and the entire family. With all our love and affection, Felipe, Letizia.”

The Duke, the longest-reigning consort in British history, had recently been treated at King Edward VII Hospital and St Bartholomew’s Hospital for an infection, having been admitted to the former hospital on February 16 before being transferred.

Royal aides revealed that on March 3, he underwent “a successful procedure for a pre-existing heart condition” at St Bartholomew’s Hospital, and returned to Windsor Castle on March 16 after 28 nights as an in-patient.

The Duke of Edinburgh is expected to have a royal ceremonial funeral and Union Jack flags were flown at half-mast around Britain following his death today.

A service will take place at St George’s Chapel at Windsor Castle in Berkshire amid the Covid restrictions which limit the number of mourners to 30, who must social distance.

A date has not yet been announced, but the public has been asked not to attend or gather outside due to the pandemic.