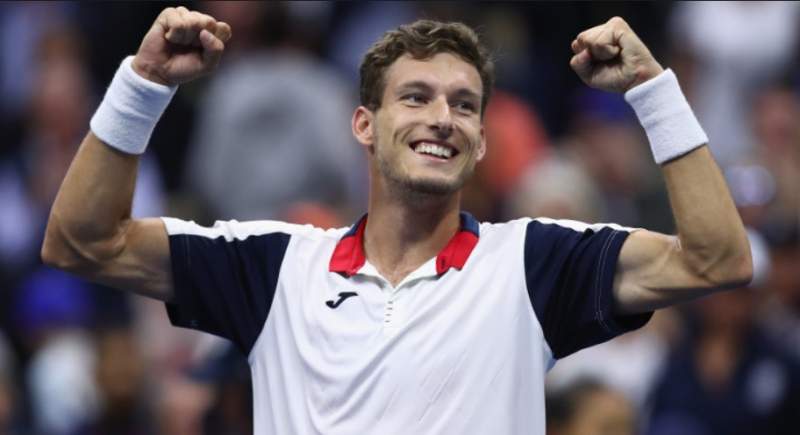 Andalucía Open 2021 Final In Marbella Will Be An All Spanish Affair. image: wikimedia

The Final of the Andalucía Open 2021 tennis tournament at the Puente Romano in Marbella, Málaga tomorrow, Sunday 11, will be contested between two Spanish players, Pablo Carreño and Jaume Munar, after the semi-finals also boasted four Spanish players, a remarkable achievement for Spanish tennis on home soil, and the first time in an ATP tournament since 2004.

No1 seed, Pablo Carreño had defeated Albert Ramos in their semi-final match, while Jaume Munar beat Carlos Alcaraz in the other semi-final, on the beautiful clay court of the Puente Romano tennis club, located on Marbella’s ‘Golden Mile’, and is the home of the late, great Manolo Santana.

The rain had delayed the start of play for several hours, but eventually play began, to a full house, or at least full to the allowed capacity, with fans eager for an afternoon of thrilling tennis, and they were not left disappointed.

Carreño, from Asturias, won the first set with ease, 6-1, but the world ranked No 42 Catalan, Ramos, raised his game and was not giving in, and fought back to take the second set 6-3, going into the third set evenly poised, with the set going to a tie-break after it reached 5-5, with the Asturian eventually taking the third set, and the match, 6-1 3-6 7-6 (7-5).

The second semi-final featuring the 17-year-old tennis prodigy, Murcia-born, Carlos Alcaraz, and the 23-year-old Jaume Munar from the Spanish island of Mallorca, ended in a victory for Munar, 7-6 (7-4) 6-4.

Munar, who reached a final on the ATP Challenger Tour last week, said after the match “I feel happy and excited. I’ve been working a lot during the last few months. It’s a gift for me to be here in a final, and especially in Marbella which is one of my favourite places. I feel excited”.

Sunday’s final between Pablo Carreño and Jaume Munar will start at 2pm Spanish time, and is being screened on Teledeporte, as reported by malagahoy.es.