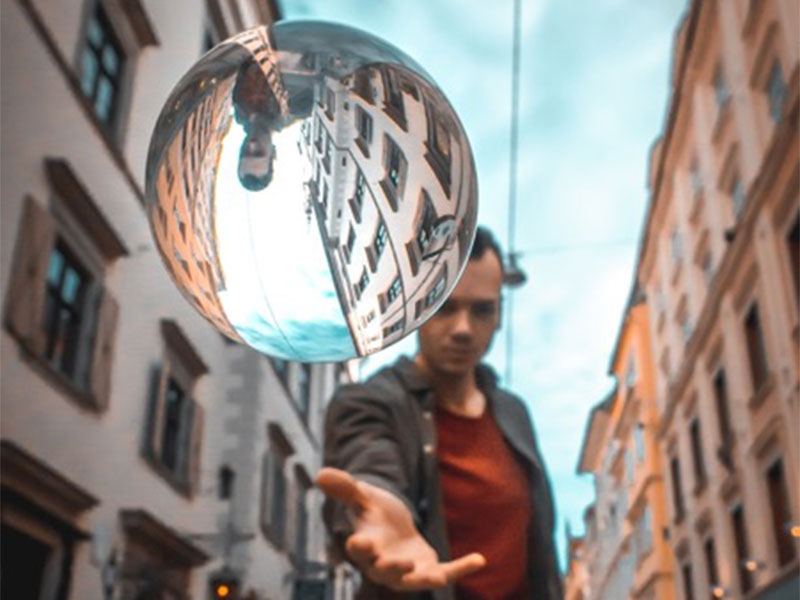 The sublime nature and tranquil scenery of Austria will captivate just about any traveller. Having just the perfect balance of old-world European charm, and an influence of modern culture, Graz is preserved by the UNESCO World Cultural Heritage. Situated in the Austrian state of Styria, Graz is split by the River Mur and has become a playing ground for young and creative international travellers.

With its cultural roots, Middle Ages architecture, contemporary art, and distinctive Austrian personality, Graz has quickly become a top tourist destination for thousands of travellers. Today, the idea of travelling abroad is more surreal than ever before, and although international travel to and from the European bloc has been limited, local photographer Manuel Bechter has managed to keep millions of viewers around the world hooked on the beauty Graz has to offer.

What makes Graz so distinct from other popular Austrian cities?

Although the city holds within its buildings and people a strong and rich culture, the entire city is filled with hundreds of well-preserved architectural masterpieces. Today, these sites are well-preserved by UNESCO efforts. Its perfect balance of modern culture, art, and innovation has allowed Graz the opportunity to receive the titles of UNESCO City of Design, Austria’s Culinary Capital, and European Cultural Capital.

These small victories have given artists and photographers such as Manuel Bechter a blank canvas that they can work with. Bechter who’s a professional photographer from Graz is using the city as a form of inspiration. His photos that incorporate different elements, such as fire, water, and optical illusions have seen his popularity grow rapidly in Austria and around the world.

How Graz has become a playground for young photographers

With an abundance of historical attractions such as Herrengasse, Herz Jesu Kirche, Graz Town Square, and the University of Graz to name just a few – these popular tourist attractions, now seemingly empty, have allowed Bechter to explore and see a different side of the city. The city blends two extremely different periods, offering an authentic experience and layout for young creatives. Photographers such as Bechter are making use of these surroundings to find new ways to showcase the beauty of this distinct European city.

A Medieval Muse for Bechter

Manuel Bechter is now one of the most followed photographers and social media influencers from Graz. His popularity has seen him receive more than 1 million followers on Instagram and was at one stage the fastest growing Instagram profiles in Austria.


The Austrian-native takes creative photos, making use of city landscapes and other elements to capture the beauty of Graz. Although most of Bechter’s images portray a different take on conventional landscape and city photography, the content creator also models for his own photos.

Yes, the city of Graz is world-renowned for its beauty and cultural influence, but in a time where travel and freedom of movement have been restricted by local authorities – photographers such as Bechter are making use of their skills to share his beautiful city with a global audience.

Bechter uses all of his social media channels, including Facebook, Instagram, TikTok, YouTube and his personal website to share his photos, but also shares tips and tricks for upcoming photographers. This innovative idea has gained Bechter major popularity, as he offers an educational perspective on his process.

What made Manuel Bechter become so popular?

The photographer and model give his followers more than a beautiful image, he gives them insight. Allowing others to grow their knowledge and skills, while at the same time enjoying the work he does.

With millions of followers, Bechter allowed the city of Graz to be placed on the global map. Bechter uses imaginative concepts to capture his images, blending his love for photography and Graz. His work is as authentic as Graz itself, a melange of elements that offers an authentic experience.