Valencia Man Gets Seven Months In Prison For Abusing His Dog 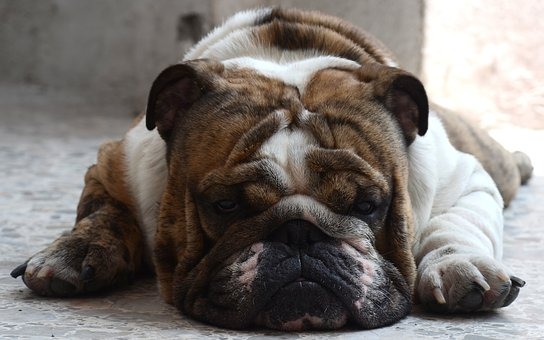 Valencia man gets seven months in prison for abusing his dog and failing to seek veterinary attention.
A MAN from Burjassot in the Community of Valencia has this week been sentenced to seven months in prison for abandoning his English bulldog Rocky in September 2016. When the animal was rescued, he was dehydrated and emaciated and his frail body was covered in cuts that had become badly infected. The court heard that the abusive owner failed to seek any kind of veterinary care for the dog and that, if he hadn’t been treated by a Modepran clinic when he had, Rocky would almost certainly have died. The convicted man had adopted the dog only a month previously, and the former owner was also accused of animal abuse, but was acquitted.
Criminal Court number 17 of Valencia heard that the dog was found in “a regrettable physical state, with a high degree of dehydration, malnutrition and cachexia (muscle wastage), poor skin condition, depressed and listless and with a generalised infection.” In addition, “there was considerable inflammation in the left ear, with fly larvae, a large amount of pus and necrotic tissue and various wounds on the face and neck,” the vet said.
In addition to the custodial sentence, the owner of the dog is prohibited from owning animals for 20 months.
The General Director of Animal Rights of the Government, Sergio Garcia Torres, recently announced his intention to present a draft bill in May to modify the current 50/99 law on potentially dangerous animals so that the individual behaviour of each dog will be looked at rather than judging them by “the specific breed with which they were born,” and thus avoid “unfair prejudices.”
An important part of the decree involves the creation of a National Registry of Disqualification for the Keeping of Companion Animals, which will prevent anyone who has been convicted of an abuse offence from owning pets in the future. The Penal Code will also be updated to include harsher punishments for people who mistreat their animals, since the current sanctions are “quite lax.”
Source: Levante