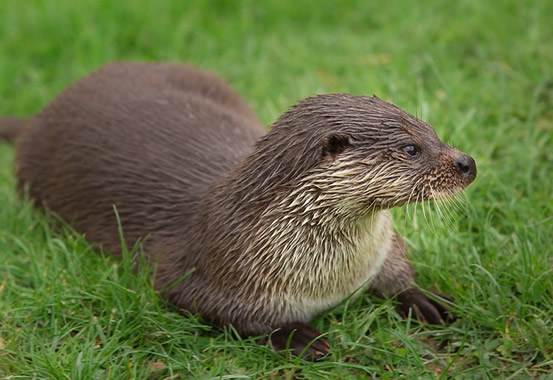 National Heritage Confirms The Sighting Of A Very Rare Otter Species In The Riofrío Forest.

THE National Heritage has confirmed the incredible news that after a period of more than 50 years, at least one specimen of a rare otter (Lutra lutra) has been observed via their cameras in the Riofrío Forest, in Segovia, which is a region included in the Natura 2000 Network.

This species is included in the National Catalogue of Threatened Species, and its sudden appearance is considered a bioindicator of renewed environmental quality in the Riofrío region, in line with the Institution’s Protection Plan.

The first signs that an otter was in the area were the finding of excrement, and then tracks, both found to match an otter, and then, only a few days ago, the miraculous sight was captured by the motion sensors of the infra-red cameras that had been installed in the hope of the otter making an appearance after a flood in the Frío River, which increased the possibility of a sighting with an otter’s known aquatic habitats.

Experts believe the presence after half a century of this beautiful mammal proves the ecological value of the Real Sitio de Riofrío and the importance of the fauna diversity of its forest, which covers 640 hectares and has 70 catalogued species, among which are the black stork, the imperial eagle or the black vulture, and wild deer and fallow deer, the badger, the rabbit, and the marten.

National Heritage workers are now permanently observing the area where the otter was spotted, to try and discover if there could possibly be a male and female couple, attracted by the characteristics of the forest, in which the good quality of the waters, the availability of food resources and the lack of human interference converge as one, as reported by moncloa.com.