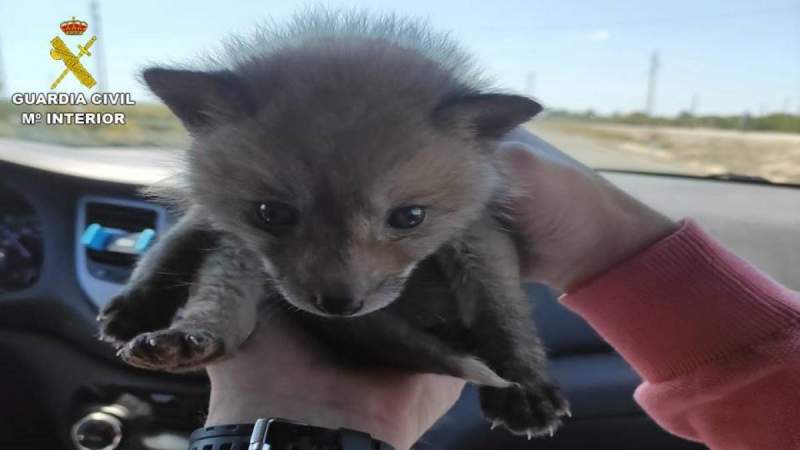 Alicante cops rescue fox cub for sale on the web for €550.
THE young fox had been captured by a hunter and sold to a third party who placed it on a ‘for sale’ website for second-hand goods.
The Guardia Civil identified two people, the seller and the hunter, the latter in the Alicante town El Pinos, who will both be fined.
The hunter also faces a crime against flora, fauna and domestic animals.
The operation began on April 6, when the Guardia Civil’s Seprona officers learned of the possible sale of a fox cub on a popular purchase-sale page for €550.
Investigations confirmed that the animal was a common red fox species Vulpes and barely a month old, and is now being cared for at the Santa Faz Species Recovery Centre.
Police also discovered the seller had acquired the animal through a third party, a neighbour in El Pinos, who also captured two of the animals’ siblings.
Both the capture and the sale of the species is illegal and officers filed a complaint against both of those arrested for the alleged violation of the Hunting Law and the Law of Biodiversity and Natural Heritage.
A complaint has also been filed with the Prosecutor’s Office against the person who allegedly captured the animal for an alleged crime against Flora, Fauna and Domestic Animals.
The Guardia Civil is currently attempting to trace the other two foxes captured, suspecting they too have been offered for sale.
A Seprona unit on the Costa del Sol recently arrested a man for the crime of animal abuse towards a dog in Mijas.
The investigation began after a video that was circulating on social media was brought to the attention of police officers, in which a Siberian husky breed of dog was shown tied by its neck to the top of a pergola, with the leash pulled tight, partially suspending the animal with only the support of its hind legs, clearly in distress and physically exhausted due to its situation.