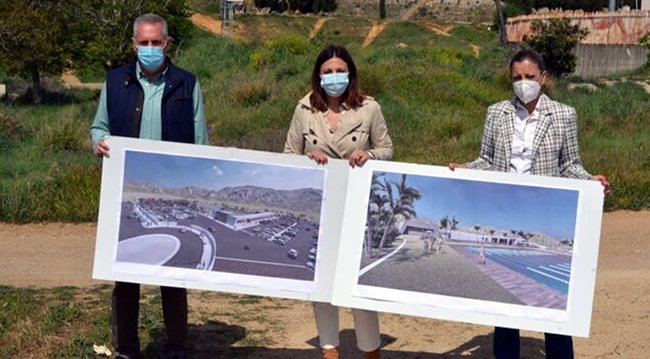 RONDA’S New Swimming Pool Goes Out To Tender with a €1.7m budget attached

The contract has a budget of €1.7m, with a stipulated construction period that must not exceed nine months, and will be governed by an open procedure where interested companies can enter their bid by May 17.

In line with the wishes of the town hall, the winning contractor must have the new pool open to the general public for Summer 2022, and the mayor stressed that favour will be given to companies who can come in at a much lower cost than the €1.7m that is budgeted.

Another stipulation of the winning tender is that the company must use at least 30 per cent of unemployed people, to create new jobs.

This new municipal swimming pool will have a capacity of 1000 people, with a car park for 160 vehicles, and the pool complex itself will be split into three sections, first will be a 50m x 25m Olympic size pool, with varying depths of 1.2m up to 2m, including an access ramp for disabled people, plus there will be a kid’s pool will measuring 6m x 8m.
A changing block, cafeteria, infirmary, water purification room, boiler room, warehouse, and information desk will also be constructed, with the town hall officials stating that they expect the work to start in mid-June, so that by Summer 2022, according to the mayor, “it will fulfill one of the main commitments acquired with the people of Ronda by the current government team”.
The pool will be built next to the existing football pitch, allowing the development and expansion of the town’s sporting area, which has perfect access from the nearby ring road and all the main urban areas, as reported by malagahoy.es.
The Euro Weekly News is running a campaign to help reunite Brits in Spain with their family and friends by capping the costs of PCR tests for travel. Please help us urge the government to cap costs at http://www.euroweeklynews.com/2021/04/16/ewn-champions-the-rights-of-brits-in-spain-to-see-loved-ones-again/