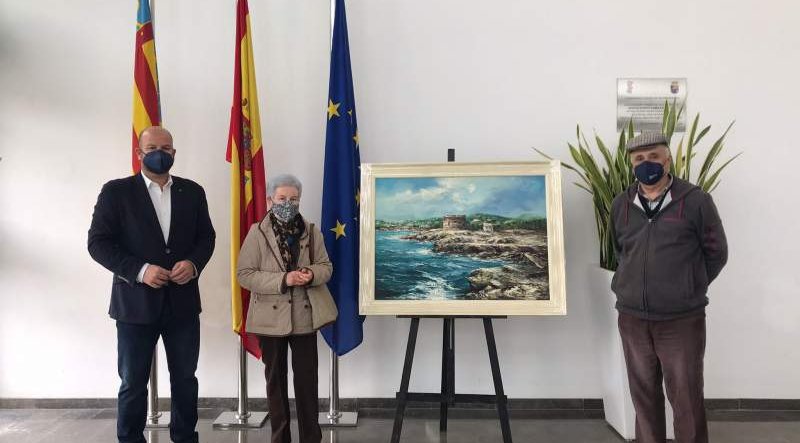 Times past TEULADA-MORAIRA resident Maria Jose Vila Buigues has given the town hall a 1975 oil painting signed by an unknown artist that depicts the Castillo de Moraira esplanade as it was at the time.  It is now on show in the hall of the Espai La Senieta in Moraira.
Cat carers VILLAJOYOSA is listing residents currently feeding the town’s strays in order to locate local colonies and commence a Trap, Neuter and Return scheme.  Carers can register between May 3 and June 4, following which they will be issued with permits enabling them to continue looking after the cats.
Cyber-attack JIJONA town hall announced that its computer system has been the victim of a cyber-attack that seriously affected municipal services, although no further details were revealed.  It could still be reached on 965610300 and its social media pages and WhatsApp notifications remained active, the town hall said.
Fast work TWO weeks after the first appearance of Benidorm’s new speed traps, 57 per cent of vehicles were found to exceed limits ranging between 10 and 30kph.  The cameras are clearly a deterrent, nevertheless, as this is well below 79 per cent prior to the speed traps’ installation.
Low priority ALICANTE province’s official College of Dental Mechanics criticised the region’s Health department for excluding members from the anti-Covid vaccine’s priority groups.  Instead they are obliged to wait until their age group is called, putting themselves at risk each day by attending to patients without facemasks, the College stated.
Land bank   BENITACHELL town hall will put landowners who are no longer able or willing to cultivate crops in touch with those who are interested in working their plots. At present the municipality has 2,187 parcels of agricultural land, vines and fruit trees, of which 682 are no longer tended.
More bookings COSTA BLANCA hotel reservations rose 4 per cent following confirmation that the State of Alarm ends on May 9.  Hoteliers’ association Hosbec estimates that 70 per cent of hotels will open this summer.
Safer schools THE Generalitat’s Edificant scheme will pay to remove asbestos from roofing and drainpipes in schools in Benimantell, Muchamiel and Jijona, while their respective town halls will cover the cost of permits and paperwork.
Beach plans BENIDORM’S beaches will continue to be divided into 16-square metre plots throughout May to ensure social distancing. Although the sunbed-hire service is not yet due to recommence, 19 lifesavers will be on duty next month, plus a rescue boat and ambulance while beach cleaners will work morning and evening shifts together with their nightly schedule.