Police Arrest Two in Sevilla for Robbery at Knife Point 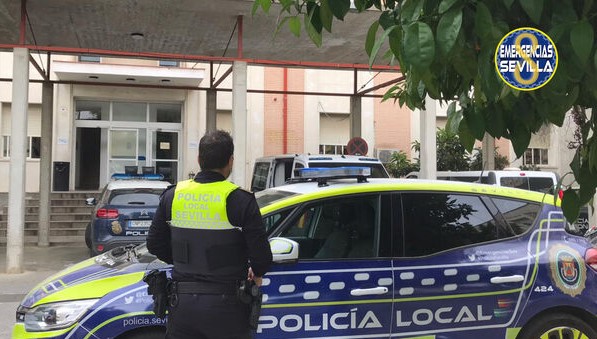 POLICE in Sevilla have arrested two for an alleged robbery of a person at knife point.

Officers from the Local Police arrested the men after they are suspected of a robbery of a man at knife point in Sevilla.
According to Spanish newspaper Diario de Sevilla, the victim reported the incident through the to the Sevilla Local Police.
The Local Police officers arrested two 20-year-old men for robbery with intimidation after the victim alerted police to report that he had been robbed.
The thieves, two 20-year-olds, had reportedly stolen a mobile phone and wallet from a local, who was threatened with a knife.
The agents went to Calle Jose Bermejo, where the robbery took place, before arresting the suspects, who have now been taken into police custody.
The news comes after two brothers were put in prison for the armed robbery of three pharmacies in Malaga.
National Police officers detained two brothers of Spanish nationality in Malaga, 44 and 49, for their alleged involvement in assaults at three pharmacies in the capital. The two brothers who have entered prison by order of the judicial authority, acted with their faces hidden and in a coordinated manner. Investigation work has led to their identifications.
According to reports into the incidents, all of which occurred last January, the suspects acted together and were wearing sunglasses, a mask and other items to hide their faces.
Whilst one of those investigated went directly to the establishment’s staff, the second went into the counter in order to steal money from the cash register. To carry out the assaults, they had large bladed weapons with which they threatened staff.
Inquiries carried out in the surroundings of the establishments, together with an expert report from the Scientific Police, allowed the officers to identify the two responsible.
Officers arrested the suspects on April 13 for their alleged involvement in four robberies using violence and intimidation in Malaga.