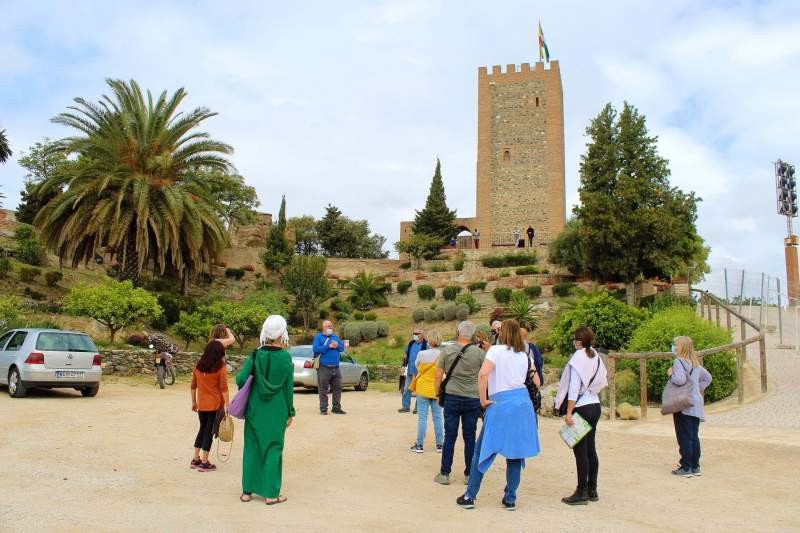 Expats launch ‘Axarquia Eat & Travel’ to Axarquia’s charms and culture.
“THE Axarquia Eat & Travel concept was born during our journeys across Europe where we tasted different traditional meals,” explains the association.
“When we came back to Spain, we realised that Axarquia has got a long tradition of exquisite cuisine as rich as ancient, which is unfortunately unknown to the most of the majority of people who visit the area.”
Passionate about the region and eager to share their love of Axarquia, the group offers the chance to explore its culture with guided tours for all foreigners who have set up home in Spain, including British, Belgian, Dutch, German and Swedish residents.
Last week they visited the beautiful San Juan Church in Velez-Malaga which dates from 1487 and was built in the Gothic-Mudejar style.
There are video museum and theatre tours, along with trips to traditional workshops and other places of historical and cultural interest.
And the association’s Facebook page – followed by 1,000 people, is packed with interesting facts about the region along with everything it has to offer.
Elsewhere in Axarquia, three restaurants were recently awarded ‘Sun’ awards in Repsol Guide 2021.
The prestigious awards follow an unprecedented challenging year for the hospitality sector with continued restrictions and safety guidelines due to the pandemic.
In presenting the awards, director of the Repsol Guide, Marie Ritter, gave an emotional speech.
“While the world stopped, gastronomy, instead of putting on the brakes, stepped on the accelerator. The blinds had to be lowered but cooking continued on the stove, adapting the business model to a new, uncertain and variable reality,” she said.
The eateries awarded in Axarquia are ChinchIn Puerto in Caleta de Velez, El Acebuchal in Competa and El Yantar located in Mezquitilla, within the municipality of Algarrobo.