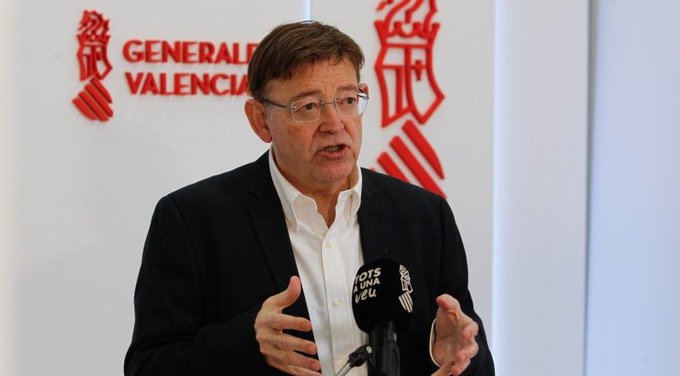 Valencia gives the green light to new relaxed measures including the scrapping of perimeter closures after six months in place.
THE measures, which come into force from midnight tonight, Saturday, May 8, until May 24, will also see the curfew relaxed slightly – from 12pm to 6am – and bars and restaurants will be able to remain open until 11.30pm.
Interior capacity will set at 50 per cent with a maximum of 10 people per table.
Social meetings in both public and private places can be up to a maximum of 10 people and a 75 per cent capacity limit will be required in religious establishment.
The new rules, approved by the Generalitat this morning, Saturday, May 8, will see the autonomous region enter a new and promising phase thanks to a progressing vaccination campaign and improving data.
The community’s cumulative incidence remains the lowest in Spain with 40 cases per 100,000 inhabitants.
As such, the Consell has agreed to relax the restrictions, with a view to analysing how the situation has evolved in two weeks time.

Last week, Generalitat president Ximo Puig confirmed that the restrictions preventing residents from leaving the region and barring others from entering it will be lifted, though he didn’t say when.
However, he did add that as the Covid situation was favourable at present, the regional government had no plans to order its own closures at provincial or local level as had happened during the worst days of the third wave of the pandemic.
What was under review, he admitted, was whether or not to retain other measures including the curfew which, if it remained in place, could be shortened.
“All these questions will be analysed according to epidemiological reports,” Puig stressed.
“The situation has improved and is advancing thanks to the vaccines,” he said.
Thankfully this morning, the favourable data was analysed and the long-awaited lifting of perimeter closures along with extended bar and restaurant opening hours was agreed.