Piers Morgan ‘believes in mental illness but not Meghan Markle’ 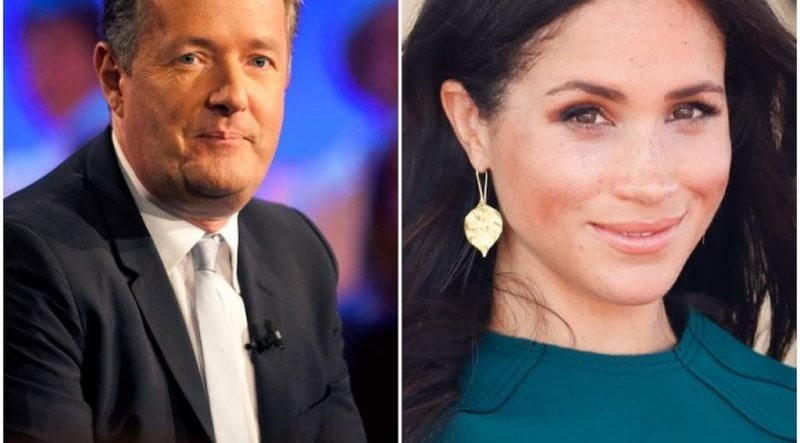 Piers Morgan ‘believes in mental illness but not Meghan Markle’

Piers Morgan ‘believes in mental illness but not Meghan Markle’.

Piers Morgan has taken another shot at Meghan Markle, stating that he still does not believe her claims from her candid interview with Oprah Winfrey in March, according to a report from OK magazine.

The Duchess of Sussex, 39, and her 36-year-old husband, Prince Harry, appeared on the famed talk show host to discuss everything from their departure from the Royal Family to their upcoming second child – a baby girl – together.

During the conversation, Meghan claimed that a senior member of the Royal Family expressed “concerns” about the skin colour of their two-year-old son Archie.

The former Suits star also stated that she had suicidal thoughts and attempted to seek help from “the institution” but was denied. As she sobbed in front of Oprah, she told her: “I just couldn’t see a way out. I didn’t want to live any longer.”

Piers, 56, stated at the time that he did not believe many of her claims, stating: “On Monday, I stated that I did not believe Meghan Markle’s Oprah interview. I’ve had time to think about it, and I still don’t agree. Okay, if you did.”

Piers has since taken to Twitter to commemorate the start of Mental Health Awareness Week, writing: “To commemorate #MentalHealthAwarenessWeek, a quote I’ve always found helpful in difficult times.”

His advocacy for mental health and raising awareness about various illnesses that can affect people, prompted one of his followers to ask him, “So now you believe in mental health?”

“You thought it was all made up when Meghan Markle mentioned she struggled with hers B*****d”. To which Piers immediately quipped: “I believe in mental illness, I just don’t believe Meghan Markle. ps Please don’t call me “B*****d” – it’s bad for my mental health.”