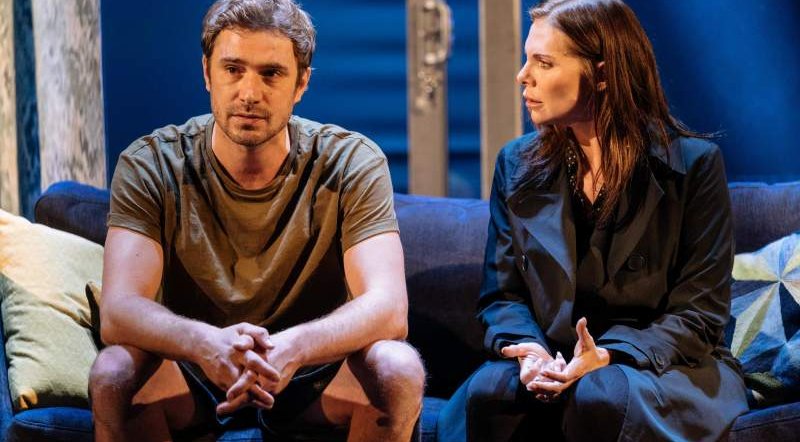 The 48-year-old BBC star was well known for playing Albert Square’s Ronnie Mitchell from 2007 to 2017, while 38-year-old Oliver featured on the cobbles of Corrie as Andy Carver from 2014 to 2017. The duo worked together on a stage adaptation of the Paula Hawkins novel The Girl On The Train in 2018 but their romance sparked last year during the lockdown.

Sam was married to 60-year-old Emmerdale star Mark Womack in 2009, but the pair split in 2018 but continued to live together in their Bedfordshire farmhouse with their two kids.

A source told The Sun newspaper: “Samantha’s chemistry with Oliver was clear to see on stage and they remained close after the production.

“They couldn’t be happier and have loved dating away from the public eye. They’ve met each other’s families and it all feels very natural. They’re totally smitten with each other.”

SOAP romances are not just found on screen – with many of our favourite Corrie and Emmerdale stars falling for each other in real life.

Charley, 32 first met Matthew, 40, on the set of Emmerdale in 2006 and got together a few years later. The couple, who play Debbie Dingle and David Metcalfe, married in a surprise ceremony in 2018 and are parents to Buster, 11, Bowie, five and one-year-old Ace Gene.

Soap favourites Sally Carman and Joe Duttine also took their romance to the next level during the lockdown, getting engaged after meeting on the cobbles as Coronation Street colleagues.

40-year-old Sally, who plays recovering drug addict Abi Frankin, met Joe Duttine, 50, who plays Tim Metcalfe in the hit ITV soap and began dating back in 2018. Summer 2020 saw the pair surprise fans when Joe announced on social media that the loved-up couple had got engaged.