Chelsea Beat Leicester To Go Third In The Table 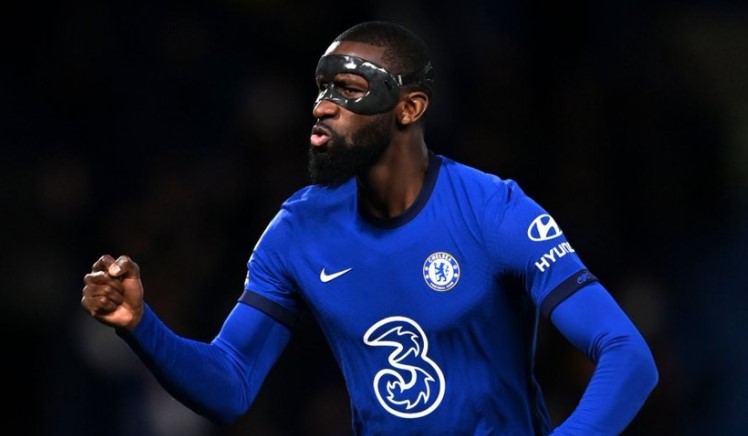 In a repeat of last Saturday’s FA Cup final, Leicester City travelled to Stamford Bridge this evening (Tuesday 18) to take on Chelsea, in a game that both teams needed to win to secure a European top-four spot, and it was Chelsea who gained revenge for last Saturday’s defeat, running out 2-1 winners, to move into third spot in the Premiership.

This defeat drops Leicester down into fourth, and with Liverpool playing Burnley at Turf Moor tomorrow night, that result will be crucial for Brendan Rodgers’ Champions League hopes.

With 8,000 fans allowed back into the stadium, the Chelsea players seemed inspired by the new-found atmosphere, with Timo Werner controlling the entire first 45 minutes, as Chelsea dominated, while Leicester seemed hung-over and lethargic.

It was the German who had the ball in the net after 37 minutes, only to be ruled out by VAR for a handball offence, with Jamie Vardy firing a volley over the bar shortly after, as Chelsea racked up eleven attempts on goal in the first half.

N’Golo Kante having to leave the pitch just before the break was not something that Thomas Tuchel wanted to see, with the Champion’s League final looming.

A bright start to the second half saw Chelsea win a corner, and Chilwell’s ball into the box was helped on by Vardy for Rudiger to knock the ball in with his thigh from close-range to give Chelsea the lead.

Again, it was Werner involved in Chelsea’s second goal, as Wesley Fofana clipped his foot, with Mike Dean initially giving a free-kick, but VAR overruled him to give a penalty, which Jorginho stroked into the net past a stranded Schmeichel, for his seventh penalty of the season, on 66 minutes.

All looked lost for Leicester until Wilfred Ndidi won the ball in midfield and squared it for Iheanacho to score past Edouard Mendy and set up an exciting finale, and Leicester should have levelled on 90 minutes but Ayoze Perez skied his shot over the bar, to see Chelsea beat Leicester 2-1.