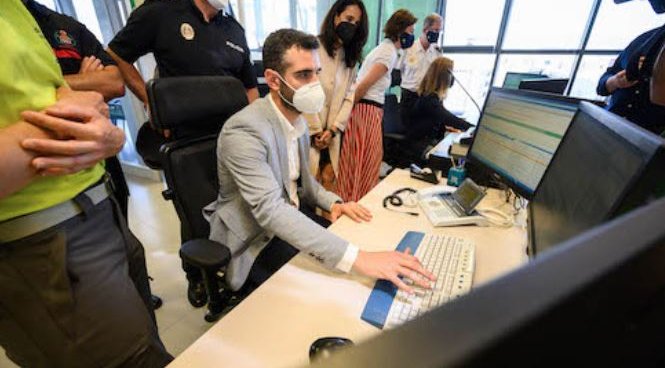 In a move that is hoped to improve response times for Almeria’s emergency services, both the fire service and the local police of Almeria have now become integrated with the Emergencias de Andalucia technological platform.

This integration means that response times will be improved for emergency and urgent situations that develop within the Almeria capital. The service is available in multiple languages too, including English, French, German and Arabic, and of course Spanish.

On Tuesday the 112 facilities were visited by the delegate of the Andalusian Government in the province, Maribel Sánchez Torregrosa, and the mayor of Almería, Ramón Fernández-Pacheco. During the visit they were able to check out how the technology works in real time.

Sánchez highlighted the fact that the technology guarantees “a rapid and effective response” to emergency situations, which will in turn provide “a clear benefit for the people of Almeria, in greater reliability of the information transmitted and a significant improvement in the ease of management and use of data”.

Integration with the new system means that both firefighters and police officers will know “in real time from now on all the information of the incidents in which they must intervene.”

This integration is a mark of continuous improvement and commitment and Sánchez highlighted that the platform shows the government’s commitment to improve response times.

The delegate explained that: “it is a multilingual service that offers a response in English, French, German and Arabic, in addition to Spanish, a possibility that is of vital importance given the large number of foreign tourists who love our land” as reported Europa Press.