Barcelona’s Sagrada Família To Open Again On May 29 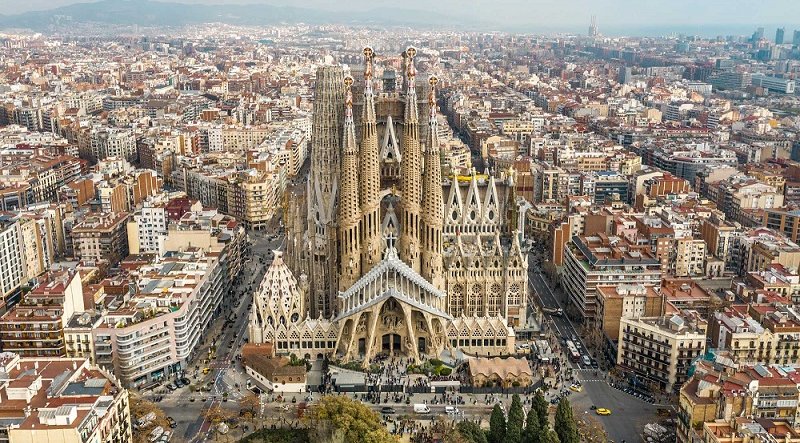 Barcelona's Sagrada Família To Open Again On May 29. Image: wikipedia

Barcelona’s iconic architectural jewel, the renowned architect Antoni Gaudí’s Sagrada Família cathedral, will finally open its doors to the general public once again on Saturday, May 29, although initially, visits will be reserved exclusively for only Saturday and Sunday mornings and afternoons, from 9am until 3pm, and tickets will go on sale from noon on May 21.

The stunning art nouveau cathedral has not been open to the general public since before the pandemic began in March 2020, however its doors were not completely closed as thousands of health workers and Barcelona residents were handed free tickets to the famous basilica last Autumn, as reported by catalannews.com.

Now that a recent phase of refurbishment has been completed, this unfinished masterpiece now reaches an extra eleven metres further into the Catalan skyline than before, thanks to the addition of the pinnacle on the tower of the Virgin Mary, taking the building’s total height to 127 metres overall, with the Sagrada Família’s official Twitter page describing the work as “the last step before completing the tower!”.

It had been hoped that a full refurb of the cathedral would be finished in time to celebrate the centenary of the architect Gaudí’s death in 2026, but last September it was announced that due to the pandemic causing a delay in the works in May 2020, that would sadly not be possible.

Construction work started again this year in January, but the work is funded mainly by ticket sales, so it is a welcome relief to the cause to be able to open the doors once again.