How tattoos have evolved in different cultures throughout history 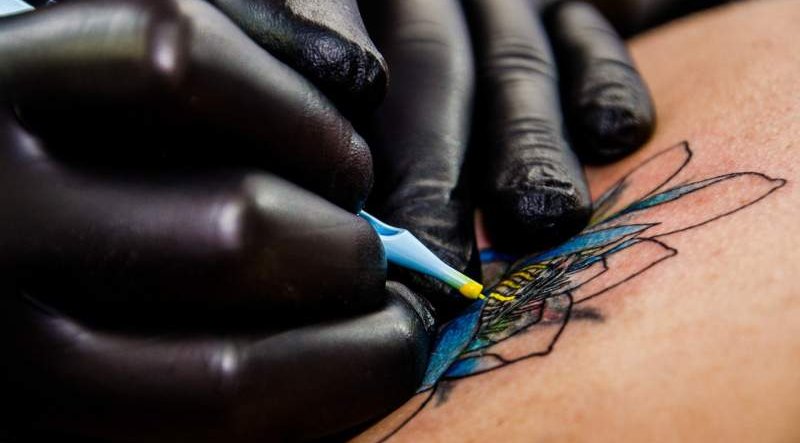 Nowadays, tattoos have become commonplace in the Western world

TATTOOS have been popular for longer than you may think throughout history and have had links to many different cultures.

What does ‘tattoo’ mean

The word tattoo has been used since the 18th century and comes from the Samoan word ‘tatau’ which means ‘to strike’. Before that, the practice now known as tattooing was called painting, staining or scarring. While there are several different methods of marking the skin, the most common is the tattoo as we know it, creating an image on the skin and leaving it smooth. Let’s take a look at how tattoos have evolved in different cultures throughout history.

Tattoos have been found on mummified remains dating back as far as 3351BC, and tattooing has been practiced amongst the Austronesian people from at least 1500BC and among Papuans and Melanesians from 1650 to 2000BC. Tools which have been discovered suggest it was practised in Paleolitihic and Neolithic times.

There is also evidence of it being common for many centuries among people of both sexes in Japan, Indochina, Nigeria, the America and Ancient Britain, as well as the Berber women of North Africa.

In Europe, tattoos were first seen amongst slaves and tribes people brought back from different colonies from around the 16th century and were often put on display or used in shows.

Later, Captain James Cook’s voyages to the South Pacific in the late 18th century brought about greater awareness about tattooing thanks to his and his crewmembers’ sketches and writing. Some of them went on to get tattoos which is how they began to spread among sailors.

They were also used as a way to identify a sailor’s body in case they were lost at sea, and as proof that people were free and not slaves.

The first documented professional tattooist in Britain was Sutherland Macdonald in London, in 1894, and although it was long associated with mainly sailors, criminals and the lower classes, as far back as the 1870s members of the upper classes and royalty had begun to get tattoos.

Meanwhile, in the USA the first documented tattoo artist was German Martin Hildebrandt in New York in 1846, who became very popular amongst soldiers and sailors, and tattoos became fashionable with the upper classes. This lasted until the invention of the electric tattoo machine which made them much more affordable and no longer a status symbol. Curiously, it remained banned in Oklahoma until 2006.

Tattoos have evolved in different cultures throughout history and nowadays they are a common sight in the Western world, popular with both men and women of all ages as a form of expression. In 1923, there was a trend in Australia where women got their legs tattooed so that the designs could be seen through their stockings.

The fact that singer Janis Joplin showed her tattoos, is believed to have been a defining moment for their acceptance. Tattooists nowadays are veritable artists, often with a background in fine arts as well as technical training. The equipment has also greatly improved and with all of this, the quality of the images. Many celebrities now have tattoos, giving them even greater acceptance among the masses. Programmes such as Inked and Miami or LA Ink have also contributed to this. Even Barbie got tattoos in 2011, which despite causing controversy was widely accepted.

Although it has become commonplace, different religions still have varying perspectives on tattooing and some discourage or forbid it.

Amongst Jews and Christians, there are some who continue to interpret Leviticus 19:28— “Ye shall not make any cuttings in your flesh for the dead, nor print any marks upon you” as a prohibition of tattoos. This prohibition is generally upheld amongst most Jews, while Christians generally interpret it as applying only to Judaism.

Meanwhile other Christians, such as the Knights of St John of Malta or the Orthodox Coptic Christians get tattoos to show their beliefs, and others get tattoos, even amongst children, to protect them from conversion to other religions. Many Christians nowadays get Bible passages tattooed on their skin.

In Buddhism and Hinduism tattoos are allowed and very common.

In Islam, however, it is not allowed, although temporary tattoos, such as henna, are permitted for women, and throughout history, there have been many instances in which Muslims would get tattoos for different reasons, both men and women. It is generally seen as haram (forbidden) because it changes God’s creation and inflicts unnecessary pain, as well as causing impurity and being an expression of vanity, although there is no specific mention of it in the Quran. Despite this, in line with the rest of the world, tattoos are gaining popularity amongst young Muslims, especially those living abroad.

Getting a tattoo is a very personal decision, regardless of your beliefs, and you should always seek the advice of a professional tattoo artist before making a decision. Make sure that you find a reputable tattoo studio, and if you do decide to get a tattoo, read these tips on aftercare.

If you are thinking of getting a tattoo on the Costa del Sol, then check out Jaganath Tattoos and Piercing, Calle Ramon y Cajal 42, Fuengirola