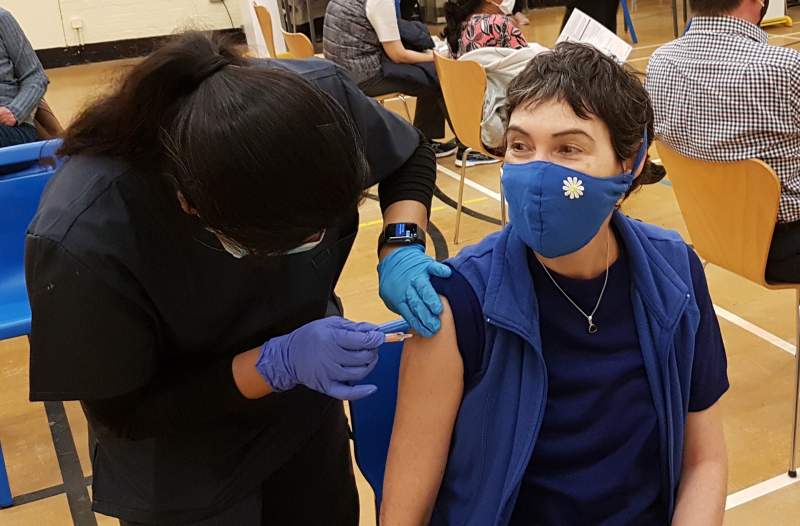 SPAIN INSISTS on Pfizer as the preferred second dose option for those who were first vaccinated with AstraZeneca. The Spanish Public Health Commission, in which the Government and the autonomous communities are represented, insists that the recommendation for people under 60 years vaccinated with AstraZeneca is that the second dose is from Pfizer.

Only in the case of rejecting this vaccine, the Commission highlighted this Tuesday, May 25, is it exceptionally proposed to be vaccinated with AstraZeneca, after giving informed consent. This coincides with the beginning of the administration of the second dose for this group in three territories; The Basque Country, Andalucia and the Region of Murcia.

As reported by La Sexta, in the region of Murcia, the majority of the approximately 2,700 people who have come to be vaccinated at the Nueva Condomina Stadium have opted to complete their immunization with AstraZeneca. José Luis García, of the Murcia City Council’s vaccination service, stated that “90% have decided to complete their vaccination schedule”. Nacho is one of those people who has decided to take the second dose of AstraZeneca, “The first dose I had no problems with it, I didn’t notice it,” he says. In any case, whatever the citizens choose as a second dose, they have to give their consent.

In Andalucia, on the other hand, second dose vaccinations have resumed for essential groups in Córdoba and Cádiz, in this case without giving consent, since there it is understood that people who were waiting to receive the second dose have agreed to go to the second date. Meanwhile, in the Basque Country, where only those who choose AstraZeneca have to sign a consent form. In this community, the vaccination of more than 80,000 people from essential groups remains pending to receive their second dose until the process resumes again.