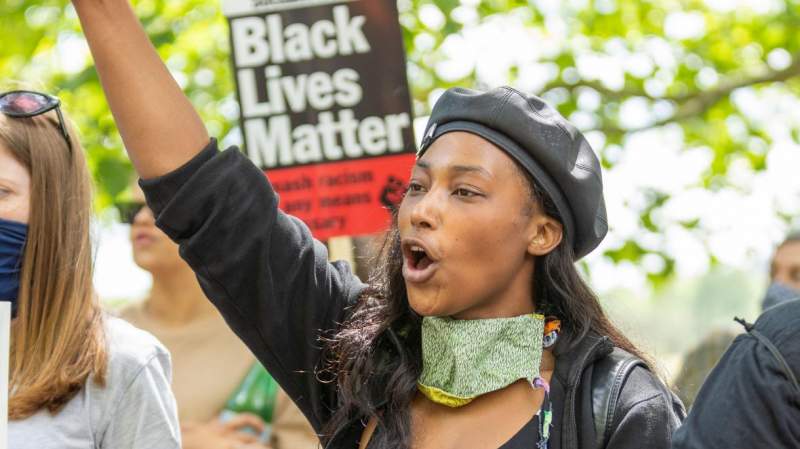 A man has been charged in connection with the attempted murder of activist Sasha Johnson. Still critically ill in hospital, Ms. Johnson, 27, was shot in the head at a party in Peckham, southeast London, in the early hours of Sunday, May 23.

Five males were arrested in connection with the incident; four of them being released on Friday on bail until a date in late June. The fifth male, 18-year-old Cameron Deriggs, from Lewisham, southeast London, has been charged with conspiracy to murder, according to a statement from the MET Police.

Deriggs has been remanded in custody and is due to appear at Westminster Magistrates’ Court today, Saturday, May 29.

According to police reports, Ms. Johnson was at a party in the back garden when four men in dark clothing burst in and fired shots.

The mother-of-two, an Oxford graduate, is a prominent figure in the Black Lives Matter movement and is described as “a strong, powerful voice for our people and our community” by the Taking The Initiative Party (TTIP), of which she is a member.

The party said Ms Johnson had received “numerous death threats” leading up to the incident, although police have insisted there is nothing to suggest she was the subject of a targeted attack.

In a statement after the shooting, the TTIP said: “It is with great sadness that we inform you that our own Sasha Johnson has sustained a gunshot wound to her head.

“She is currently hospitalised and in a critical condition. The incident happened in the early hours of this morning, following numerous death threats. Sasha has always been actively fighting for black people and the injustices that surround the black community, as well as being both a member of BLM and a member of Taking The Initiative Party’s executive leadership committee.”

A man, believed to be aged in his 20s, also suffered a “superficial” knife injury during the incident, police said.