Recent and interesting news from around Axarquia 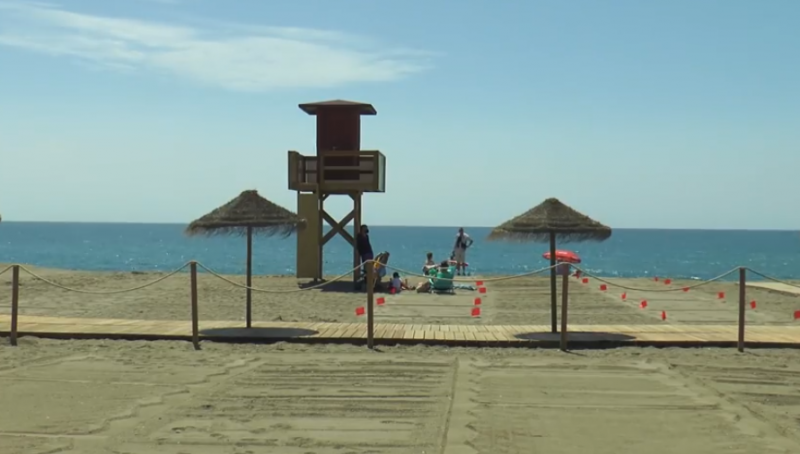 Beaches will be safer from June Credit: Velez-Malaga Council

Lifeguards appear
AS summer approaches so the Velez-Malaga Council has placed lifeguards on all beaches and they will remain in place until the end of September although for July and August the service will be strengthen by additional staff including first aiders and other safety specialists.
Sahrawi support
STARTING in Salobreña on May 27, a number of supporters of freedom for the people of the Sahara (Sahrawi) marched from the Plaza de Ayuntamiento to Motril to gather support for a larger demonstration set for Madrid on June 18 to demand their independence.
Motril wall
BOTH the Council and beach users in Motril are unhappy with coastal authority, Costas, which has built a wall to stop drivers from parking on the beach near Playa El Cable this summer. Previously they made do with no parking signs but this had little impact.
Land slip
WHAT appeared to be a relatively easy matter of removing some rubble and small rocks that had fallen onto to the N-340 at La Caleta in Salobreña escalated as the authorities decided that they need to make a retaining wall which resulted in traffic controls and delays.
BBQ ban
WITH immediate effect until October 15 the lighting of barbeques or fires in the Axarquia (and the rest of Andalucia) area is banned and if caught anyone breaking this rule faces a fine of up to €3,000 depending upon the potential risk of an outbreak of wildfire.
Sunday opening
A MONTH earlier than usual, Nerja Council has decided to allow shops in the municipality to open every day of the week including Sundays and public holidays from June until the end of September in order to try to assist local business to generate additional income.