The history of Marbella, how the city has changed over the centuries 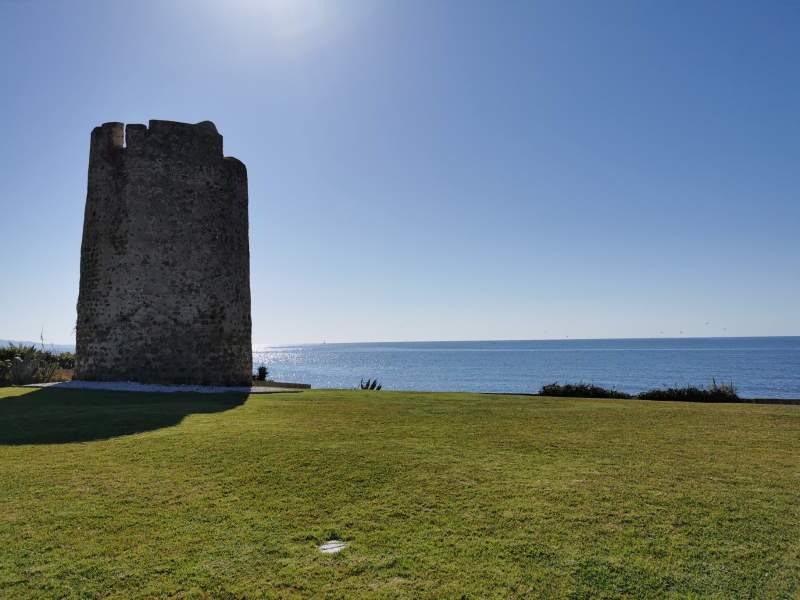 One of the watch towers which remains on the seafront

Marbella has become an internationally famous city which attracts the rich and famous, but let’s take a look at the history of Marbella and how the city has changed over the centuries.

WHERE does the name Marbella come from?

Well, it sounds easy; if you break it down you get Mar (sea) and Bella (beautiful), and local schoolchildren are often told that the Catholic monarchs, Fernando and Isabel, once visited the area and commented on how beautiful the sea was, hence the name. Unfortunately, the story is not true.

The true origin is not known either; Marbella council suggests that it comes from Pre-Roman times and the words Maar (a lot of water) and Billa (mountain).

Some historians suggest that the Carthaginians called the area Maharbal, to honour the captain who rebuilt and extended the city. The Romans may have called it Barbesula or Salduba and the Arabs called it Elma Belar meaning Shiny Water, or possibly Marbulla, Marbilia or more likely Marbil-la, meaning Calm Water.

It seems clear that there is some link to the name with water and the mystery of how Marbella got its name is, in itself, somewhat enchanting.

Remains have been found in Marbella that show it was inhabited from Palaeolithic and Neolithic times and after that, most experts agree that the origin of the current city was a Phoenician settlement, like many of the towns along the coasts of Malaga province.

Unfortunately, no significant remains of buildings have been found, except for in the Rio Real and Cerro Torron sites.

There have, however been significant discoveries of remains from the Roman era in what is now the city of Marbella, such as columns in the city walls. There is also proof of Roman settlements by the Verde and Guadalmina rivers, including Las Bovedas baths and the ruins of the Vega de Mar early Christian church, which is surrounded by a Visigoth necropolis which proves that humans continued to inhabit the area after that.

Under Islamic rule, the city walls, watch towers and a castle were built, as well as the mosque.

Marbil-la would have been a maze of narrow streets and numerous buildings with large courtyards. The population would have mainly been dedicated to farming the landing surrounding what is now the historical centre.

It was disputed by the kingdoms of Algeciras and Malaga, being won by the latter before coming under the rule of the Nasrid Kingdom, perpetuated in 1286 with the signing of the Treaty of Marbella. During the War of Granada, it was taken over peacefully by Catholic Kingdom of Castilla in 1485 and named a city, as well as the capital of the area. The famous Orange Square is built around that era.

Almost all that remains in Marbella from the times when the area was under Arab rule is the castle and its walls.

The castle, made up of two areas, is located in the historical centre of Marbella.

One of the interesting things about it is the obvious use of Roman construction elements, showing that recycling is nothing new.

The walls, dating back to the 11th century, would have had at least 10 towers, the remains of which can still be seen in the city in some places.

Marbella was recovered by the Catholic rule in June 1485 and from then until 1942, the castle was used as a fortress to control the area. Even after the wars ended, it was still used for surveillance of the coast. In 1735 a project for its restoration was elaborated.

During the 19th century, Marbella becomes an important industrial area, mainly through mining but also for producing sugar from cane and later flour.

From 1871, The Marbella Iron Ore Company took minerals from the mines of Ojen to send to England to be worked upon, and those who had been working in the metal industry were forced to return to farming and fishing, although the climate and plagues of the time seriously affected crops and led to extreme unemployment and hunger. There was a small group of rich landowners and a large number of poor workers and hardly any middle class.

In 1918, the first hotel, the Comercial, was opened, but the Spanish Civil War took its toll on the area, with many churches and other buildings burned down. After the war ended and in the following decade Marbella was reborn from the ashes and in the fifties began to attract tourism.

Find out more about Marbella in this article which has some fun and interesting facts.