Malaga Police Locate And Arrest Man Who Knocked Out An Officer 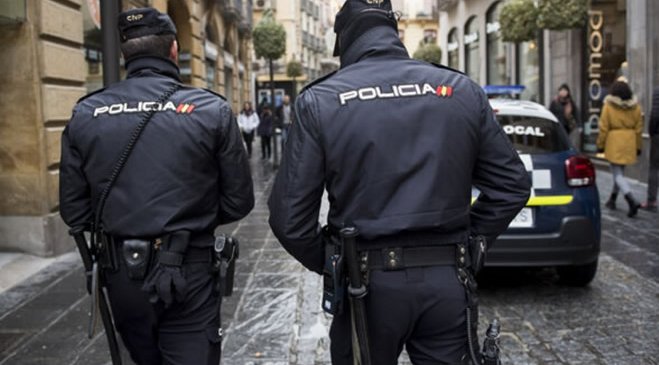 National Police officers in Malaga city, on Monday night (June 7), arrested a 34-year-old man of Spanish nationality who was wanted for allegedly practicing a strangulation technique to knock out a Local Police officer who had caught him stealing from inside a vehicle.
As reported in a statement, since the attack, the police had gradually tightened the net on the man to identify him, and had recommended that he gave himself up at the police station in Malaga, which eventually he has done of his own accord, according to 101tv.es.
The original incident occurred on May 30 at around 6am in the morning, when the attacker was surprised by a Local Police patrol as he and another individual were in the process of stealing from a car on Calle Nuestra Señora de los Clarines, in the Miraflores neighbourhood of the city.
Upon being caught in the act, the two men fled on foot, and one of the officers caught up with one of the men and detained him, while his partner chased the other into Calle Mero, where a scuffle ensued, and according to the police statement, the aggressor allegedly attacked the officer and tried, unsuccessfully, to steal his regulation weapon.
It was at that point the aggressor reportedly got behind the officer and applied a strangling technique known as the ‘lion kill’, causing the officer to lose consciousness, while the man subsequently fled the scene.

After this incident, a police search and arrest claim was filed against the aggressor and an investigation was launched by the Northern District Police Station of the National Police to identify him, until he was finally identified as a man with a previous police history of crimes of the same nature, but the pressure exerted by the police encouraged him to give himself up.
___________________________________________________________
Thank you for reading, and don’t forget to check The Euro Weekly News for all your up-to-date local and international news stories