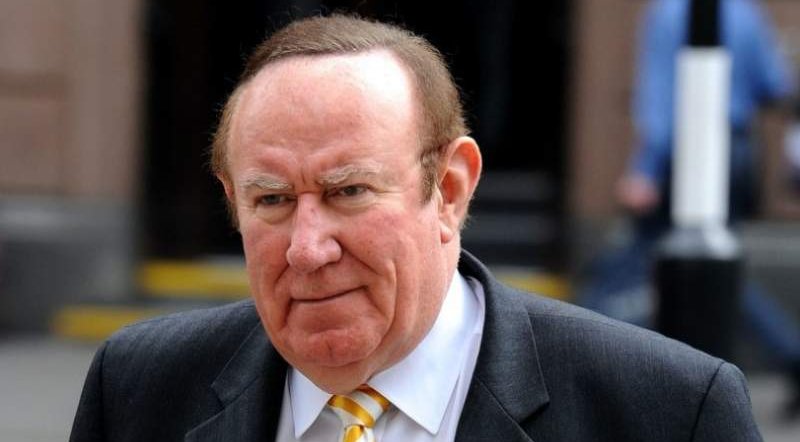 The veteran newscaster and journalist, 72-year-old Andrew Neil, this coming Sunday 13, at 8pm, will host the launch show of the highly anticipated new channel, GB News.

Neil, with 20 years of experience with the BBC to fall back on, will then have a daily primetime evening slot from Monday to Thursday, where the heavyweight former BBC presenter will discuss the big political headlines of the day, in his own inimitable style, knowing that his glorious career is nearing an end, as retirement beckons him.

Full of enthusiasm about the launch, Neil said, “GB News is the most exciting thing to happen in British television news for more than 20 years. We will champion robust, balanced debate, and a range of perspectives on the issues that affect everyone in the UK, not just those living in the London area”.

When quizzed by the Evening Standard about his possible looming retirement, he offered, “Lockdown has made me appreciate the virtues of retirement or at least semi-retirement more than I thought I might. I thought I had one more big gig in me and this is it. If we can make a success of GB News that’s when I’ll declare victory and go home”.

Adding, “I would continue to do the odd bit of TV and writing and I certainly want to keep going with The Spectator. It’s quite good at some stage to get to a situation where you can do whatever you want to do from wherever you want to be”, according to the Express.

Having spent lockdown at his home in France, the presenter recently returned to the UK for the preparations of the channel’s launch, and is seemingly chomping at the bit to get started, alongside a great lineup of very experienced and accomplished co-presenters, as they bid to rival Sky News, ITV, and BBC when it comes to providing top news content.

Neil has already said the channel – which is the biggest television channel, since Sky, to launch in the last 30 years – aims to provide 6,500 hours of television annually, with different and relatable content being broadcast every day, and with the backing of New York-based television company, Discovery, they will be paying homage to the way that top American news outlets create content.

John McAndrew, the GB News director, explained the new channel will aim to be free, fair and impartial”, and will be regulated by Ofcom, keeping it in line with broadcasting standards, as they air on channel 236 on Freeview and YouView, and on channel 216 for Freesat viewers.