Scotland Out Of Euro 2020 After Croatia Loss 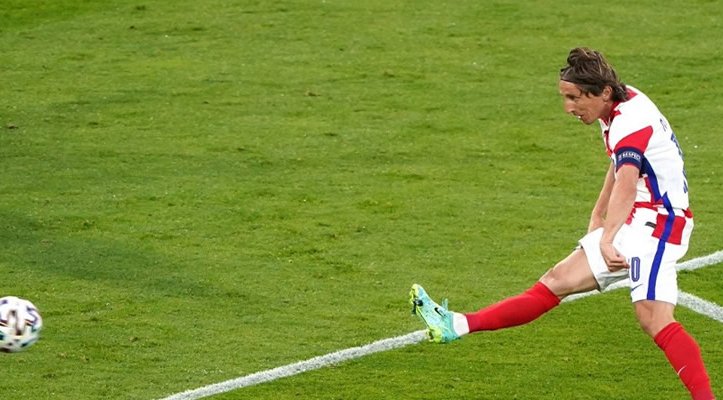 Scotland Out Of Euro 2020 After Croatia Loss. image: twitter

Scotland had a crunch match this evening, Tuesday 22, at Hampden Park, up against Croatia, knowing that only a win would be enough to see them through to the last sixteen of Euro 2020.

With Billy Gilmour self-isolating after testing positive for Cocid-19 after the England match, Steve Clarke was dealt a blow with his midfield, with Stuart Armstrong replacing the Chelsea player.

Croatia coach Nikola Vlasic has said before the match that he would not under-estimate the Scots, as his World Cup semi-finalists looked to progress, and sure enough, on 17 minutes, the pressure told, as Nikola Vlasic smashed an opener for the Croats, to silence a very noisy Hampden crowd.

Celtic’s Callum McGregor had the crowd of around 10,000 going wild after 42 minutes as he thundered a shot through a packed penalty area and into the bottom right-hand corner of the Croatia net.

Former Tottenham midfielder Luca Modric showed just why, at 35 years of age, he is still a big star at Real Madrid, as he curled a sublime shot with the outside of his boot into the Scotland net after 62 minutes, from outside the penalty area, with IvanPerisic heading home a third to move Croatia up into second spot in Group D, after England beat the Czech Republic in the other group match.

This was remarkably Croatia’s first-ever win in six games over the Scots, and now they can look forward to a match in Copenhagen next Monday against the runners-up from Group E, one of Spain, Slovakia, Sweden, or Poland, with their only real worry seeming to be a shaky defence, something that Nikola Vlasic will surely look at with a view to progressing past the final sixteen.