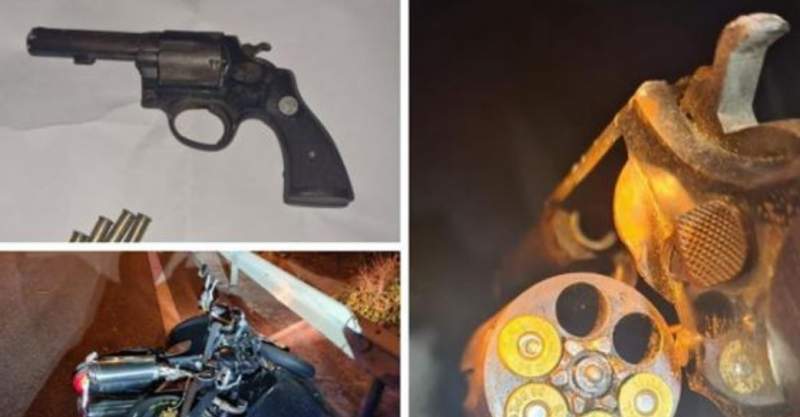 A high-speed police chase took place at around 4:25am last Saturday 19, through the streets of Marbella, on the Costa del Sol, after what turned out to be a 22-year-old British man on a black motorcycle, tried to escape from a Local Police breathalyser control in the city.
Marbella Local Police officers had set up a breathalyser control in Plaza Monseñor Rodrigo Bocanegra and observed a black coloured motorcycle approaching, which suddenly turned around and sped off in the opposite direction along Avenida Ricardo Soriano in Malaga direction.
A radio call to an unmarked patrol car that was circulating in the vicinity alerted the officers to the suspicious behaviour of the British motorcyclist, and as they identified the motorbike passing them they gave chase with their lights flashing, but the rider refused to stop, and tried to speed off, resulting in a high-speed chase along the A-7 motorway.
The pursuing patrol car reportedly lost sight of the motorbike momentarily, but then suddenly it was stopped in the road in front of them, with the rider dismounting and letting the motorcycle fall to the ground, at the same time putting his hand to his waist and drawing a gun which he pointed at the police and allegedly fired a shot, which missed the pursuing officers.
Police sources reported that the man’s weapon jammed and he could not fire any more shots, at which point the police officers drew their weapons and instructed the man to drop his weapon, which he did, but then reportedly resisted arrest, before being detained and taken into custody in Marbella.
A check of the motorcycle showed that it matched the description of a bike that had been stolen in Mijas a few days earlier, but had been fitted with false number plates, as reported by surinenglish.com.