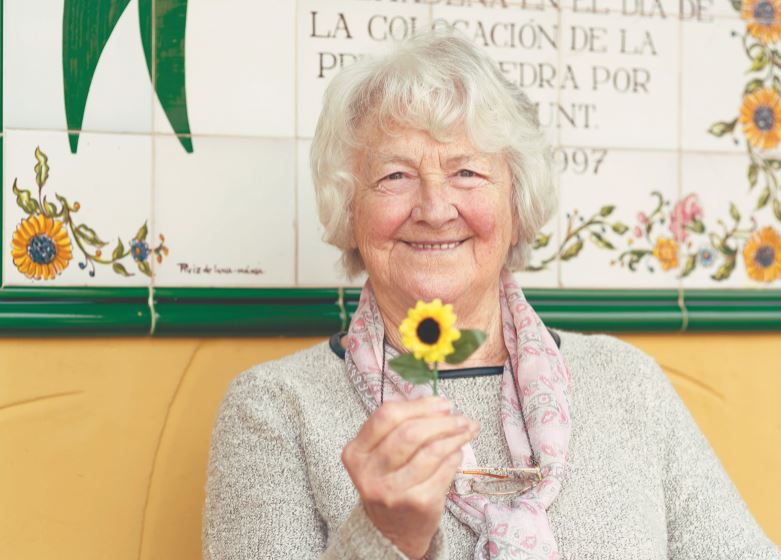 Joan Hunt OBE Founder of Cudeca, Dies Aged 92.
SADLY, Joan Hunt OBE, the founder and honorary president of Cudeca, has died at the age of 92.
Cudeca was set up in 1992 and has provided invaluable support for terminally ill people and their families. Cudeca have sadly announced that the beloved Joan Hunt passed away today, Thursday June 24.
They have said that her last days were: “calm and peaceful, with moments of humour and laughter, and others when Joan decided to take charge of the situation. At all times she has been surrounded by the love and care of all of us at Cudeca.”
Joan told Cudeca that she was ready to go and she passed away in a way that she would have wanted, without fuss and peacefully.
Joan left a final message which read: “Don’t be sad, celebrate my life, not my death. I have had a full and very happy life. I have worked hard, but always with enjoyment, surrounded by the great Cudeca team, of whom I am so proud and whom I admire so deeply. I have always been moved by the love, respect and dignity with which everyone at Cudeca cares for people at the most difficult time in their lives.
“Don’t send flowers to my funeral, send a donation. You all know that the donations I asked for at my husband Fred’s funeral were the starting point and the reason why I decided to create a special centre to care for patients at the end of their lives, and for their families. Well, now it is my turn, and I say the same again: send donations to provide care, support and company for those who need us most.
“Take care for Cudeca. I have faith in you: ensure that my legacy goes on giving life to the days of patients and their families, through Cudeca’s special kind of caring, which is no more nor less than the special kind of people you all are.
“And finally, remember me with joy. Being remembered means I once lived, and I shall be in peace. I send you all much love, and success and growth for Cudeca. I took the path less trodden, and I leave Cudeca in the loving hands of those who travelled with me.”
She will be fondly remembered by many people who she has helped throughout the years.
Tomorrow, Friday, June 25, a wake will be held at the hospice in Benalmádena in Joan’s honour.